Yesterday, after my writing (yep, two hours) I received the following text from my son:

Why, no I had not. So we met up at the theater, and bought the giant bucket o' corn, and also a large soft drink because I wanted a drink, a small one, but he wanted to refill it, and could not in his own mind justify buying a small drink when a large was to be had for one dollar more.
Suffice it to say that I enjoyed the movie, ate too much popcorn and drank too much drink because it could not be refilled, the movie theater had not refilled drinks for years, and when I got home, I felt ill. And later, I felt iller.
This was not good, because I also had to do a little work for a retreat today--I had to make a short presentation. Well, I went to bed at like ten o'clock (are you all :-0 ??) (I was), slept like a person with an ill-feeling popcorn attack, and got up at 6 a.m. to finish that damn presentation. Here's a couple of screenshots for ya.
More blog later, maybe. When I made my "Blogging Every Day in the Year 2012" pledge, I maybe should have included a rider about feeling a little under the weather. 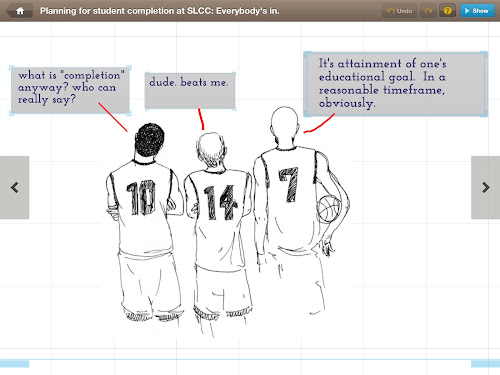 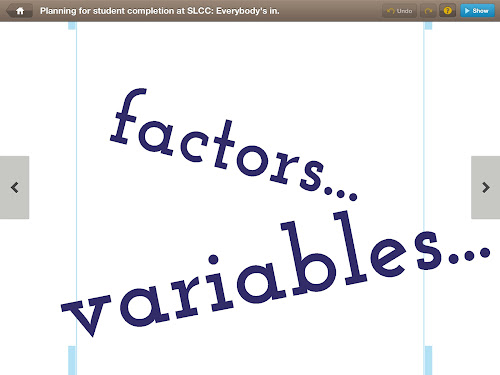