It's been a banner weekend at the movies around these parts. With my aunt and cousin and son, I saw Source Code, on the one hand one of those generally well-made thrillers with a sci fi edge, on the other hand one of those movies where you're hitting your forehead with the heel of your hand, because they're all, "We don't have time for these questions, soldier! Keep your focus on the mission! We're wasting precious time!" and the soldier is all, "But can't I talk to my dad? But where am I?" And you know that, 30 minutes in, there's going to be a big exposition-y chunk, because they're going to have to explain things sometime. So why not just get that explaining out of the way, already? But that Jake Gyllenhaal, he's a cutie. And that's enough explanation for everyone, at least most of the time.
Then today, on the spur of the moment, my daughter and I saw Red Riding Hood, a fantastic hot mess of a movie, much in the vein of the first Twilight, and what do you know? The wolf is no wolf. No, the wolf is a WEREwolf. Of course. Amanda Seyfried looked very fetching in her cloak. Julie Christie was beautiful and a little scary as the grandmother.
And tonight, the historian and I saw Hanna, which I may or may not have wheedled him into. It was definitely more on the action side of the movie-going spectrum than he usually likes. (Last weekend we saw Win-Win, which I highly recommend for the non-action side of the movie-going spectrum. It was great.) But I kind of adored Hanna. I love that actress Saoirse Ronan, and she is beautiful and compelling beyond all reason in this movie.
The first part of Hanna is set somewhere in the north, sub-Arctic. The credits, which, inexplicably, we were the only viewers to stick around for, said that part of the film was shot in Finland. These sequences were exquisite. Beautiful. There's a fairy tale valence to the whole thing that really gets set up perfectly (not quite like the wacked out Red Riding Hood, which has a medieval slash Renaissance Faire slash Dungeons & Dragons vibe), with its house in the forest of tall, tall trees, and the fierce brilliant cold, and the snow sometimes drifting beautifully, lazily down.
"Standby Snow," is the credit one craftsman gets. Maybe it's not a coincidence that there was a fair amount of that going on in our neighborhood last night and this morning: 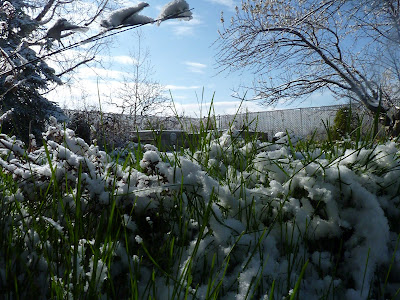 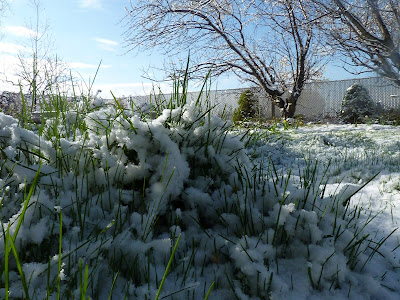 p.s. someday, someone should cut that grass. but it has to stop snowing first.
Posted by Lisa B. at Saturday, April 30, 2011 1 comment:

Email ThisBlogThis!Share to TwitterShare to FacebookShare to Pinterest
Labels: best movies, winter even though it's spring

I got up at 6:30 to be at the Publication Center at 7:30 so some students could work on their stuff, and print, and bind. I was in the room with the hot glue and the sharp blade until 11:30. And then there was a meeting. And then there were e-mails and phone calls from students. And students who were all, "So basically you're saying I'm missing three or four things?" with a chagrined chuckle, and I was all, "yeah." And the grading hovering in the short distance.
And still, the people, it's Friday. FRIDAY. And it's also...the end, almost, of the semester. Let the unwinding commence. I said let it commence!
Posted by Lisa B. at Friday, April 29, 2011 2 comments:

:
a little sickness that comes with the more light, a little sleepy at five o'clock, a little worry that a crash might be coming upon the blessed release, but the blessed release nonetheless
a few daffodils sulphuring up the ground, a cutting back and a coming forth
bare legs and a little more snow
waking at six fifty, just before the seven o'clock alarm
a week and a week and
May
around
the corner
Posted by Lisa B. at Wednesday, April 27, 2011 3 comments:

Email ThisBlogThis!Share to TwitterShare to FacebookShare to Pinterest
Labels: winter even though it's spring

1. Finding a five-dollar bill in the pocket of a coat I haven't worn since last fall.
2. Discovering that the crazy leopard print canvas oxford shoes I bought two years ago are all of a sudden the cutest shoes in the whole wide world.
Posted by Lisa B. at Tuesday, April 26, 2011 3 comments:

I am thinking rather obsessively of vegetables, Los Angeles, Idaho, northern California and my oldest darling friend, the desert, music, movies, writing, my manuscript, taking pictures, flowers, possibly digging up the front lawn, grandchildren and their delights, and cleaning out my closets.
But there are things I am treasuring in the moments, such as the conclusion of almost all the big events of this semester:
This last happened on Friday, and again, in an academic year that has taken me just about to my limits and yet been filled with delights and amazements far more than I could have predicted, this visit was better than I'd ever dreamed. We made pieces of letter press, looked at elegant letter-press books, examined various presses, and made our own blank books. Here's a little video of the letter-pressing:

Open letter to my blog.

Dear Hightouchmegastore,
Have I neglected you of late? I believe that I have, and I want you to know I'm aware of this fact, and it gnaws at me a little. I would offer you an explanation, or a series of explanations, but I think, honestly, you know: I overcommitted in a big, big way over--let's face it--the last two years. So this is the homestretch of my overcommitment.
I can see you waiting, hightouchmegastore, with your week-old post, and the lengthy intervals between the posts before that, and actually, rather than the afore-mentioned gnawing, I feel a little lift of my spirits. And that's because it's the middle of April, which is only a couple of weeks before the end of April. I wish I could show you my calendar for May, hightouchmegastore. It has vast creamy (that's the color of the paper) expanses of no commitments. It's maybe the most beautiful thing I've seen in quite some time.
I am looking forward to sitting down daily with you, hightouchmegastore, for a tidy little chat about what I'm reading, or viewing, or thinking about. For little gusts of complaining. For exhilarations and enthusiasms. We've had a good time doing that in the years before this, haven't we? Having a glass of iced tea or three and rambling on about nothing? I am looking forward to that. To doing it again and again.
sincerely,
lisa b
Posted by Lisa B. at Saturday, April 16, 2011 3 comments:

Words to live by.

The historian is proofreading a manuscript.
The historian: Don't ever do anything that requires footnotes.
Me: I won't. As God is my witness.
Posted by Lisa B. at Thursday, April 07, 2011 4 comments:

Running son drops my car off at school. At the curb:
Running son: Creo que tu choche necesita un poco de gasolina. [The gas gauge is flirting with the red dot that signifies "running on fumes."]
Me: [Shoulders sag with the weary weariness of disappointment and weariness. And disappointment. I have exactly one dollar, which will buy, like, a cubic centimeter of gasolina.]
Running son: ...I thought it wouldn't be as disappointing if I said it in Spanish.
Posted by Lisa B. at Wednesday, April 06, 2011 5 comments:

Email ThisBlogThis!Share to TwitterShare to FacebookShare to Pinterest
Labels: son

Here is what I want to do:

1. go straight to Paris and stay there, in the meanwhile taking up Parisian habits and mores, like je ne sais quoi.
Or
2. put away my wintry wintry wardrobe and pull out the clothes of spring.
Instead of
3. working and working and going to meetings and working, obv.
Also, having just finished the last episode of VM (Veronica Mars, obv), and feeling, frankly, a little bit bereft, I might just want to
4. watch it all over again.
Do you think I'm kidding? Well I'm not. In fact, the only thing I can think of that I want to do more than item 4 (above), aside from items 1 & 2 (above), is
5. eat lots and lots of toast.
and maybe also
6. sleep.
But before that,
7. go to the fabric store and buy all the orange fabric in the world, and also
8. some yellow fabric, but only if it looks like silk or it is silk. And orange thread, and yellow thread.
The end.

Except I also kind of wanted to make this, so I did.

We discuss the news. 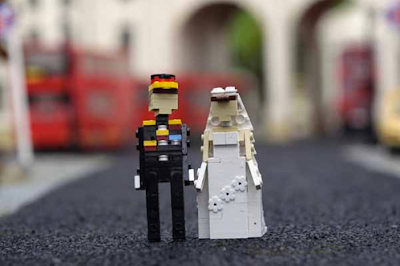