aka, by-products of my revision process:

Email ThisBlogThis!Share to TwitterShare to FacebookShare to Pinterest
Labels: information, revising, the facts

Netflix is stalking me.

OR, possibly, I am stalking Netflix. What with the instantaneous episodes of Lost. I wish I could say that I hadn't whiled away hours for two days straight watching and watching. I wish I could say it, but I cannot, for I in fact have whiled away those hours, and I will never get them back.
Question: why do The Others have that sick fixation on other people's children? Can they not have children of their own? Are there no fertility clinics on the island? This feature of the show is totally creeping me out. 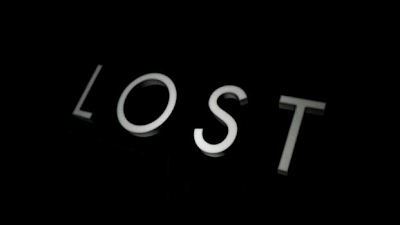 In other news: tomorrow I will be doing something productive during the daylight hours. And possibly watching an episode here or there. I said AN episode, the people. Just one. Or maybe two.
In other other news: SATC the Rematch was HORRRIBLE (yes, it needed an extra "R," it was precisely that bad). Exhibit A: Liza Minnelli, at the wedding of two gay men, doing "Single Ladies." Also, many more exhibits too banal and also lame to name.
Addendum to the other other news: If I don't plant some flowers soon, I will not be able to live with myself.
Posted by Lisa B. at Thursday, May 27, 2010 3 comments:

Email ThisBlogThis!Share to TwitterShare to FacebookShare to Pinterest
Labels: finally

Tonight, for a variety of reasons, we couldn't take Bruiser for his evening constitutional. One of those reasons was not the fact that I am watching Lost like it's my job. I'm still in the first season, and I am currently experiencing thoughts that most of America had six years ago, such as, "Matthew Fox . . . dreamy."
HOWEVER. I had just finished with one episode and was about to start the next one, when the historian spoke from the other room. I paused, said, "What?" and he said, "I thought you were done with that episode," and I said, "I was, but I was starting a new one--but do you need to talk?" and at that word--the word that rhymes with "w-a-l-k" (I spelled it, although the B can also spell)--my intelligent canine roused himself from his torpor, and said, effectively, "I know that word: rhymes with walk."
Other signs and portents the B can interpret:
All these things mean "walk." Walk WALK walk walk walk. The only word that's as important as walk in the Bruiser lexicon is "food," but he prefers that, rather than using the alphabet, we spell this word with actual cheese.
And now, resuming my Lost viewing.
Posted by Lisa B. at Thursday, May 20, 2010 5 comments:

I'm working on a project that I last touched last October, a little video essay about flow. This means, of course, that I have been listening to little clips of Hank Williams all day, with a smidgen of cover action (same song) by Joni Mitchell, Johnny Cash, and Slim Whitman. It's a beautiful song.
As I was walking Bruiser this morning, with an overcast sky threatening rain, I kept thinking about this--the process or whatever it is--act of God? blessing? mercy? dumb luck--of falling into something and not being hoisted out of it by nerves or distraction or duty or whatever. Just going with it. The "it" could be anything: cooking, reading, writing, walking . . .
It's not too long before we go up to Idaho for an extended visit. I tend to think of this place as conducive to flow. I think it's because there's a river. River river river I can't wait to see you. Since my grades got finished (by the grace of God, a pinch of pixie dust, a sturdy set of rubrics, a malleable set of metrics, and a fair amount of cursing), I have accomplished the following:
I don't really wish to discuss my method for straightening, since it's more like "moving things off my desk into other locations, such as boxes," but the surface of the desk is tidier, more expansive, slightly more without stuff, more conducive to creative work, which is what I'm after. (Also, my soul feels a little freer, even if I know I'm kind of lying to myself about the true extent of the tidiness--this is my particular bargain with chaos, and I guess I'm sticking to it.)
ANYHOW. I was reading an article in the Innovations edition of The New Yorker, an article about this engineer, Saul Griffith, and his work with renewable energy. Here's the writer's description of Griffith's lab:

Griffith seems to operate on the principle that excessive orderliness is inefficient, and that neatly putting things away is more time-consuming, in the long run, than searching through piles.

"The grading is finished," she announced,
"except for this one guy who, well,
where on earth is his community writing project,
and this other guy
who did not revise one thing in his final portfolio,
so I have to stew some more
about that,
but aside from those guys,
I say it's now officially summer,"
and with that
she wrapped the quilt more
closely around her because apparently
May is, like, late winter in
these
dark times.
tags: sententia
Posted by Lisa B. at Wednesday, May 12, 2010 5 comments:

School or not school? you be the judge.

1. I have ten school-related meetings this week.
2. TEN.
3. Still grading.
4. I'm engaging in long obsessive worryings about this-and-that. School-related, natch.
5. I bought two heliotropes, a fantastic pelargonium, and three marguerite daisies (pink) today.
6. We moved the outside pots outside, where they belong. In the rain.
7. I'm still writing notes to students about things they may have forgotten.
8. I'm receiving application materials from students for the Folio editorships.
9. I am about to read great swaths of my French detective novel.
10. I wore a white dress with a grey polka-dotted sweater.
Posted by Lisa B. at Monday, May 10, 2010 3 comments:

1. There are voles in our vicinity. Many of you are probably well aware of the Ways of the Vole, but here are some facts I did not know until recently, when the historian (a) announced that we had voles, and (b) did some research ("Google") on the vole:
In sum: Voles! F***ing voles!
2. There was one brief snake sighting today, in the grass (i.e., on the lawnlike roof of Voleville). It slithered away on its own recognizance. Perhaps it overheard us talking about the voles.
3. While I was out and about purchasing a lovely little gift for my mother today, I ran into the snail bait section of my local garden shop. Let me just say, the snail bait people are not subtle. There was one variety of snail bait called, and I did not make this up, "Snail Death." Poor snails. Do they have a choice about having that thin candy shell not fully enclosing their gastropodic bodies? or about the slime? or about the fact that they are disgusting. They do not. Yet the snails I cannot abide.
Perhaps the voles will be on the snail beat, and I will not have to pick them gingerly off my geraniums and lemon verbena (I'm sounding like a crotchety old lady, I'm fully aware of this) and toss them with great accuracy onto the parking strip, where they are (a) far away from my crotchety old lady plants, and (b) not in the street, where Snail Death of the non-bait variety surely lies.
tags: pest, rodent, reptile, gastropods, facts
Posted by Lisa B. at Saturday, May 08, 2010 7 comments:

Dear Academic Year 2009-2010,
Although I have not yet submitted a single grade, you are almost over. If not all the way over, then virtually over. "Over." As in, I am over you. Mostly. Except for that one student I'm talking to on Saturday morning. And the few extensions I granted, but really: OVER, just about.
I have totaled up the participation portion of your grade. I have read your portfolio, Academic Year 2009-2010, and I have assessed its rhetoricity. I have contemplated, though only by means of the sidelong glance, your collateral damage, and guess what? I am denying you your incomplete.
I have a gown but no cap and certainly no regalia, Academic Year 2009-2010. I am not down with regalia. I am, to be honest, not down with the gown, either, but I'm called upon to wear it. That's one of my problems with you, Academic Year 2009-10: you have been just about twenty-five percent too much of that kind of dress-up and show-up nonsense.
Academic Year 2009-2010, I feel I have satisfied your demands (except for the grades). I have the data and the documents. So this is me, blowing you a kiss goodbye. I am brushing the dust of you off my sandals, so to speak.
Academic Year 2009-2010, it's been swell. So long.
sincerely,
htms
Posted by Lisa B. at Thursday, May 06, 2010 3 comments:

Quite a bit better, thanks for asking.

Readers of this blog will be glad to know that a certain Curtain of Melancholy has lifted around here.
What? You've never heard of "The Curtain of Melancholy"? Well, it goes a little something like this:
Need a PowerPoint for that? Got it:
Curtain of melancholy
View more presentations from hightouchmegastore.
Anyway. Friday, I took the Folio editors to lunch. We had a wonderful time and I was reminded that their connections with each other are one of the ancillary--maybe even one of the main--excellent outcomes of this project. Then we saw Date Night, which was pretty darned entertaining (aka, just what the Date Night Doctor ordered--see how meta that is?). Then, a Saturday in which I took my grandson with me to the grocery store and made him lunch while his folks were moving house; cleaned out my closets and began transitioning to the warm weather clothes (if this sounds to you like too large of an event for clothes, you may be right--but that's how it works around here. Maybe. If it actually does help me to manage my sartorial apparatus); went to a work event honoring a colleague, which was fun and inspiring.
Curtain: lifted. Grading: commences tomorrow. I'll keep you posted.
Posted by Lisa B. at Sunday, May 02, 2010 4 comments: