Is it May yet?

It kind of feels like it, and I am in the process of checking out entirely of the current moment, except to notice the crocuses, sunshine, light, and also the trees leafing out.
I bought some fabric about an eon ago because I have another life, a secret life, possibly a life that only exists in my brain, where I sew. Why? I don't know. But this week, I sewed three skirts. By hand. With a needle and thread. Why? I don't know. It felt like the right thing to do.
Also, I bought a sack full of orange dye because I need orange pants. Orange-orange, not salmon or peach or coral. So look out for orange pants, coming to a theater near you.
Posted by Lisa B. at Thursday, March 31, 2011 2 comments:

I have been using my awesome new phone and its awesome new camera apps to take pictures. (I've missed some salient occasions, too, such as when D came over to visit on Thursday evening and offered me a bit of his cookie. Alas. Soon I will remember the awesome camera/apps at every occasion, and make myself obnoxious thereby. Yay!) 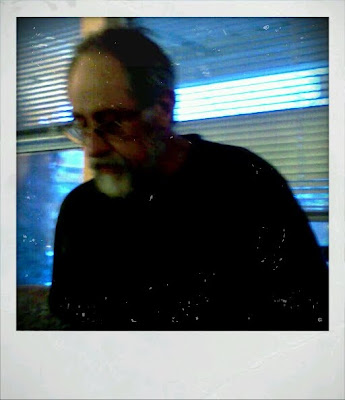 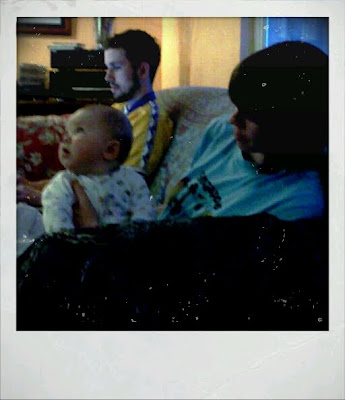 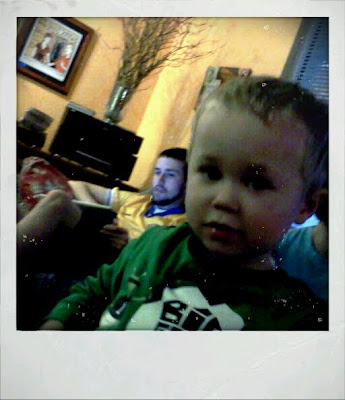 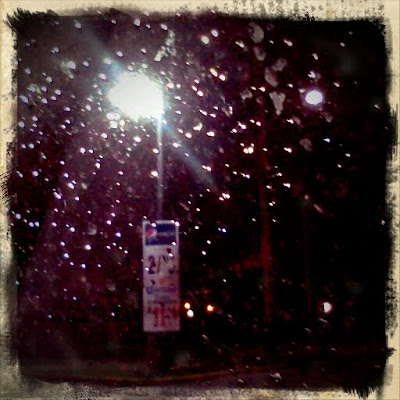 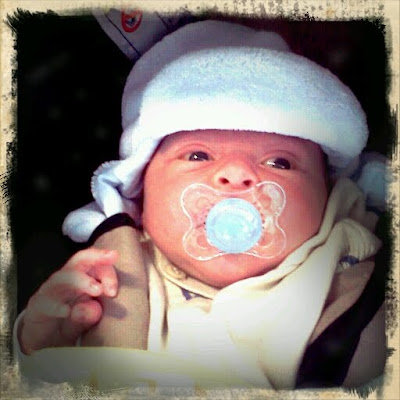 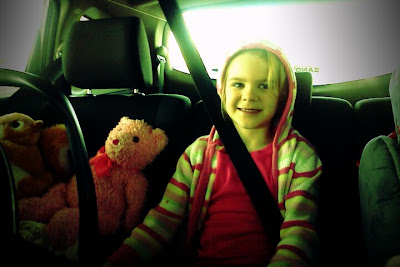 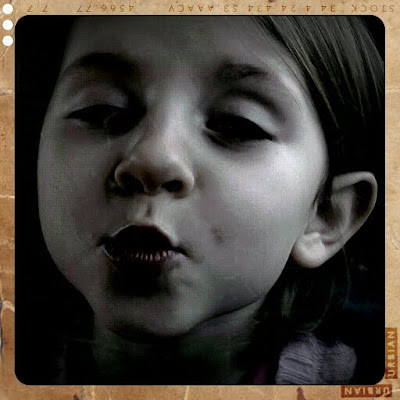 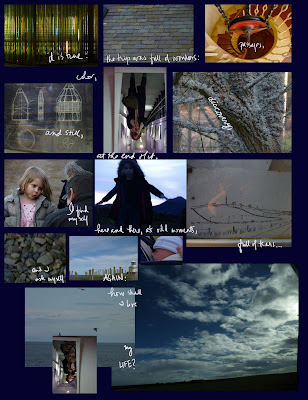 We took a day off--from work, from school, from spring break, from recovery--to visit the Museum of Scottish Lighthouses. It was excellent.

Cultural advantages of the U.K.

1. More castles.
2. Ricky Gervais (they tell me this has strong language, so be forewarned. I just remember that it's hilarious.):
3. A truly spectacular array of crisp flavors.
4. Better cheddar cheese than I have eaten anywhere else in my life. In fact, they take all of their dairy products very seriously here.

5. Art to go with the castles. However, they have a strange idea of what constitutes "art season" (all year round? I'm just suggesting).
6. The people, my darlings.
Posted by Lisa B. at Thursday, March 17, 2011 3 comments: 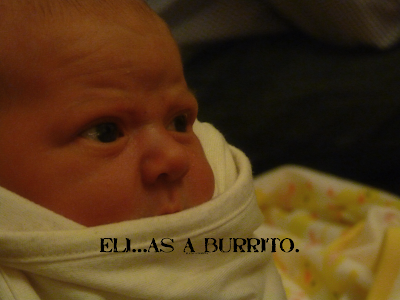 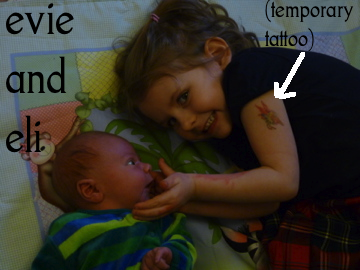 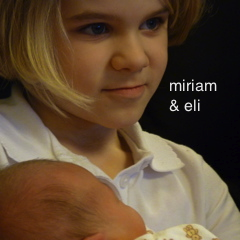 In case you're wondering, whilst holding the baby and watercoloring lots of pictures and walking into the village once and picking the girls up at school, we have watched High School Musical 1, 2 & 3, as well as many episodes of Glee. I am developing many opinions about the signifier that is the musical, and in general having a swell time. Also, I am sampling the great wealth of UK flavors of crisps (read: potato chips). It is a culture-fest, I tell you!
Posted by Lisa B. at Tuesday, March 15, 2011 7 comments:

In a French airport: a consideration.

Yesterday I got on the airplane. But first I stood in a really, really, really long line. And then I bought a heavy magazine, by which I mean a magazine full of pages. But before I bought the magazine, I packed a lot of things, like striped shirts and jeans, and two heavy books, by which I mean books full of pages. And I also charged batteries for things like my camera and my laptop. So, while I was standing in a really really really long line before I bought my magazine and before I got on the airplane, I was full of things: contemplations about whether I had packed the right things, and whether there would be internet on the airplane (no), and all the things I hadn't finished and whether I should worry about them, and the thought that I would be on an airplane facing an unknown dinner and many many many hours in a window seat.
All this precedes my arrival this morning at the French hour of onze heures in Charles DeGaulle Airport. Whereupon I had to figure out precisely where my connecting flight was, but then had several hours to cool my heels. But first I had to stand in a really, really, really long line with my laptop and two heavy books and not my heavy magazine which I left on the first flight, but even so, all that stuff had attained a specific gravity that was somehow heavier than when I left Salt Lake City. Maybe because of the hours on the long flight in a window seat.
Well, when the heel-cooling started, I was able to obtain for you the following observations:
It is possible to lose track of what's going on in a French airport when you have hours to cool your heels and you've previously spent many many many hours on a trans-Atlantic flight in a window seat and--I think this goes without saying--not enough sleep, plus the steward guy kind of woke you up by shoving a heated-up bagel in your face because you have the special, aka ovolactovegetarian, meal. For instance, you might think your flight is leaving from one gate because that's what the kiosk robot told you when you got off your trans-Atlantic flight at onze heures, French time.
But then, after the heel-cooling and the light dozing in fits and starts you did because of all the aforementioned, you might drag your heavy bag and your heavy self to another display to decipher that your heel-cooling locale is, in fact, not your actual gate. So then you depeche-toi to your actual gate, and get on your airplane, and despite the fact that they're speaking French over the airplane's intercom and that the crew seems to be, in fact, bona fide French, the flight is sans amenites. Nary a pastry nor a baguette with jambon, nor a macaron (I think this goes without saying).
But this is, paradoxically, not so bad. Because the lack of amenities means that, for the first time on this trip, you sleep. For the whole flight. Two hours of excellent airplane French-inflected sleep.
Posted by Lisa B. at Saturday, March 12, 2011 3 comments:

Pardon me, I have only just discovered Paint. 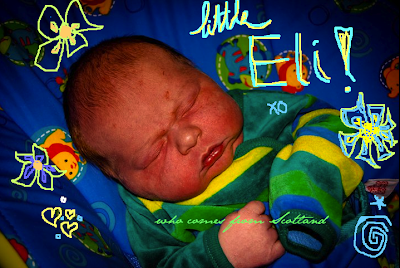 And soon I will meet Elijah James Elliot Davies, 9 lb. 6 oz., just a week overdue and beloved already of his sisters, mother and father.
Posted by Lisa B. at Wednesday, March 09, 2011 8 comments:

I am sick again.
It's the same, or a similar, old cold/sinus thing. Today is day 2, technically, because day 1 began on Sunday, middle of the day. I canceled my morning appointments, thinking that if I slept, I'd feel good enough to go into work for the latter half of the day. Then I canceled my afternoon appointments. I slept, I sniffed, I blew my nose. I made tea. I ate toast. I took off my work outfit and saved it for tomorrow. I thought about doing work, but honestly: my head hurt. And who can give good feedback to students when her head hurts? With a sinus-esque ferocity?
Anyway. I really want to know, the people:

I think it might be curative for me to know the answer.

And in xtranormal form: (I think my avatar has a little problem with air quotes--)

I am ready for a movie and also I would like to put away my heavy sweaters. 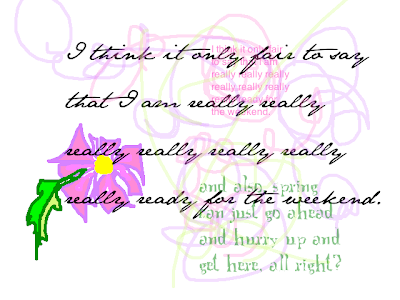 just like a print essay, a video essay is a way to explore an idea, but with sound and image adding dimension.

Peter Thompson, "The Cinematic Essay: the Cine What?"
Claudia Gorbman, "Places and Play in Agnes Varda's Cinecriture"
Jonathan Dawson, on "Letter to Jane"
Ze Frank (the video that gets cut off at the end is here)
Posted by Lisa B. at Wednesday, March 02, 2011 2 comments: