While I was in Target today, I accidentally erased my to do list on my phone, including stuff I wanted to buy at Target. Oh well. I was moving like a shopping assassin on a shopping mission impossible, because I needed to get over to my daughter's house, because she was going to the hospital, because there's a baby on the way. Today, or tonight. Soon.

So since three o'clock, I've been here with the young ones. The historian joined me around dinner time (mac and cheese and broccoli, obviously). We played games and ate snacks and got in some roughhousing that made me--that's Grandma, thanks--a little bossy. And I got people baths:

Me: Gwen, do you want to take a bath?

Me: Do you want to take a bath with your toys?

And Deacon showed me the ropes, like where the toothbrushes were and what drawer the pajamas were in, because he really really really wanted to play Zelda, and that couldn't happen until Gwen was in bed, i.e., with teeth brushed and pajamas on. 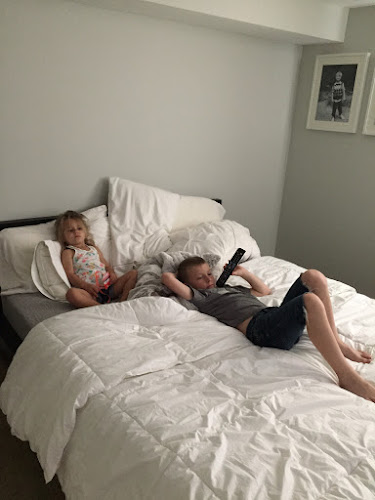 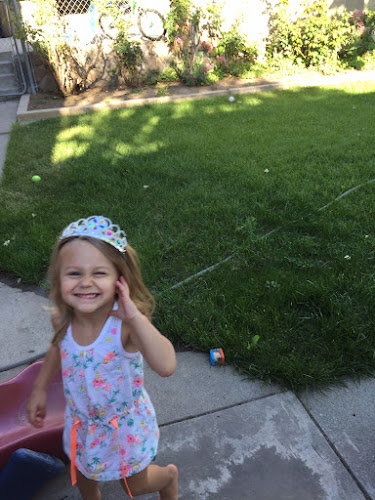