Endorsed by the Megastore.

1. Cancellations and reschedulings in advance of snow. I love the new weather. The old weather used to be, basically, a prognostication assembled from the weatherman's lucky chickenbone, spitting into the wind or lack thereof, and someone's achy sacroiliac. Now, they got Doppler and computer graphics and our Google Overlords giving them live feeds from the Universe, so you actually know that there's a snowstorm a-comin'. These more precise predictions occasionally lead the boss to say, hmmmmmmmm! better not have that giant meeting tomorrow.

So even if I spent time at work in the morning getting ready for your part of the giant meeting tomorrow, getting the e-mail saying ALL THE THINGS ARE CANCELLED made me feel like it was a snow day when I was a kid. The rest of the day looked brighter, because I'd been released from the pressure, and I knew I wouldn't have to get up early tomorrow, maybe, and so forth. YES to the new weather, bosses calling the snow day early, and time off for good behavior!

2. The new restaurant nearby. I happen to live in the 'burbs. I am at peace with it. All the people can't live in the cool neighborhoods, now can they? No, they can't, in case you are feeling argumentative--just cut it out.

Anyway. My cultural advantages include being very close to multiple Targets, a deep familiarity with the merchandise at my nearest Old Navy, and the various chain and ethnic restaurants that are at least passable and sometimes good, and a giant multiplex full of the movies. Also a nearby dollar theater that is somehow never just a dollar anymore, but never mind. However, if you're looking for foodie kind of food, it is thin on the ground out here, and that's a fact, so it's danged exciting when a new restaurant opens up, and even better when it proves to be good. A couple of weeks ago we ate at a so-called pub that had the word "fox" in its title. I was hoping for "pub food," but whatever the food was, it was not good, and it made me mad at my neighborhood, which made me doubly mad at the restaurant. But tonight, we got ahead of the storm, so to speak, and went to take out Indian food from the new restaurant nearby, and it was so good, the people! We brought it home and it was a feast on a snowy night, which happens to be another thing we endorse. 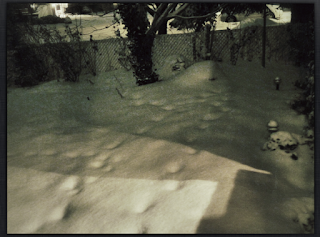 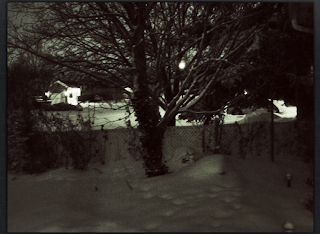