I arrive home from an outing. It's 10 p.m. The historian is not home. He stomps the snow off his shoes about ten minutes later. He's been shopping for a birthday present for our now-2-year-old grandson: 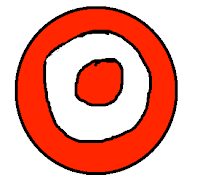 Me: Hi there. Where've you been?

The historian: I went to Target. Lemme tell you, that was an ordeal.

Me: Yeah? (uncomprehending. But on second thought:)

Me: (thinking: if I had been there, I would have known how to lead him directly to all the gentle organic toys:) So what did you get?

The historian: This. (produces an enormous plush toy, a lion cub, pretty much as big as the kid in question.)