The shopping list I composed last night when I was too elated from having finished grading to sleep: 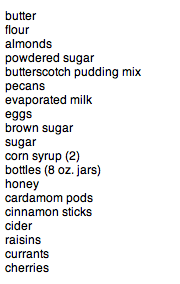 And this is the actual haul: 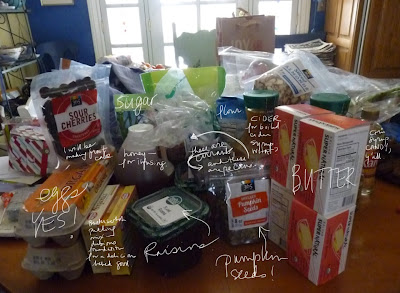 And here is the first step in the dance we'll call "The Christmas Baking Rhumba": 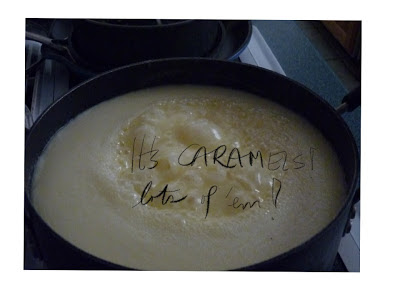 The baking/candymaking plan (this is the plan of an optimist/overachieving baker who is high on finishing her grading):

Too much?   I am not now, nor have I ever been, a minimalist. And I will be baking, candy-making, honey-infusing, and cider-reducing my head off until Christmas, and possibly beyond.
Posted by Lisa B. at Wednesday, December 19, 2012