My whole camera situation has been kind of an ordeal lately.  An ordeal, in the sense that I have three main cameras, so y'know, the ordeal of having too much stuff, which pretty much means, "quit whining, my God!"  Although, this is a blog, which means whining is the whole discourse, right?  Or at least it's totally allowed.  In point of fact, however, there is little actual whining in this post. Read on!
What I'm trying to say is, my Fuji had a zoom error message, which meant, when all was said and done, that I paid two-thirds of the value of the camera    --original value!--to fix it, because it made me sad to think of not fixing it, what with the beautiful pictures of Fourth of July fireworks I shot this summer. I had to send it to the manufacturer.  In New Jersey.  Using the actual, physical mail.  As in U.S. Mail.  It took forever (weeks) and I despaired that it would ever come back to me (I actually called them.  On the actual phone.).  Important fact:  the camera was not fixed and/or in my hands when I left for my New England swing trip.  Which meant:  the little hp camera with negative useable megapixels (exaggeration) and negligible zoom (true fact).
Also, I took my splendid 35mm camera.  For an alternative.  My daughter and I took turns using it during the weekend.
Back in Utah, at Target, I took my 8 rolls of 35mm film, half black and white, half color, to the one hour photo developing place.  We agreed I'd come back in a couple of hours, because that many rolls is plenty of film.  I'm pretty sure I'm one of only a handful of people still using film. Pretty soon you're going to have to pay a lot of money to develop film.  Actually, I paid quite a bit for these, but never mind.
When I came back to Target, the film developing person looked anxious and sweaty.  She'd tried to call me.  On my landline phone.  Something was up with the chemicals.  And their tech hadn't yet arrived.  So my photos were going to take a little longer.  Fine, I said.  No problem. I'll come back tomorrow.
When tomorrow arrived, I moseyed on up to Target, where they were still! not quite done, but they would be done in 45 minutes.  So I looked at stuff and bided my time and when 45 minutes had elapsed, I picked up my photos and guess what? The chemicals must still have been off and whatever that tech did, my photos were nonetheless a very odd mix of crazy weird bad development and pristine, mad gorgeous ones.
What's most interesting to me, however, is that the bad ones are in some ways the best ones. Ghostly, strange, off, eerie. Who knows if this is the development, or our picture-taking chops, or something crazy happening to the camera, or what.  But they're beautiful. See what I mean? 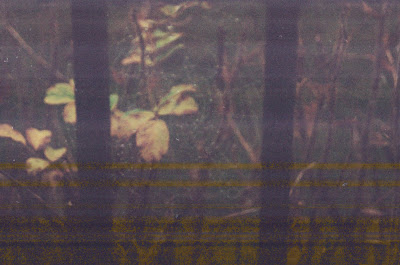 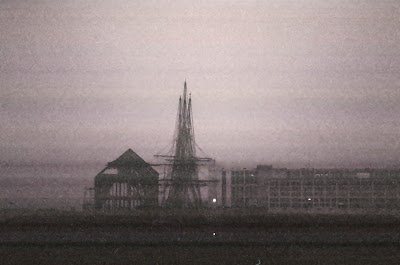 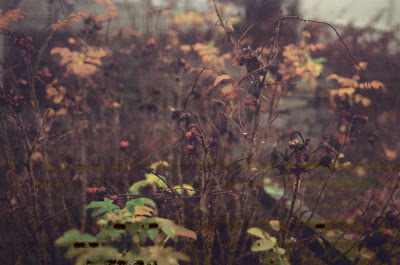 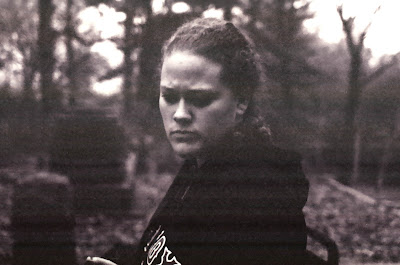 Email ThisBlogThis!Share to TwitterShare to FacebookShare to Pinterest
Labels: accidental, can't be sure who took these, half black and white, weird off strange eerie