I have feelings about the fourth of July. I have shared them before, so I won't re-elucidate them, except to say: crowds, parades, 'I'm Proud to Be An American.' And so on. Annoying. However, when I saw this:


I was all, what the hell? How is it that Scotland does a better job with fourth of July stuff than me, who lives in America and grew up freaking pledging allegiance multiple times a day, and who knows how to sing all the service hymns because she learned them in an Air Force elementary school? I ask you.

Well, and how about this? 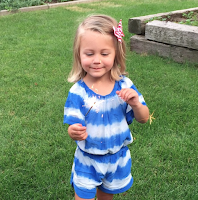 Well, we basically had not one shred of red, white, or blue, and no sparkly business whatsoever. BUT: we did


Also, I
And we went to see Dope (interesting) and ate tacos (above the fruited plains!).

Currently, we're keeping company with a dog who is a little nervous about the fireworks. Since they're almost finished (as I write this, there's still a regular amount of audible explosions), we'll go out for a walk, the smell of smoke, heat and gunpowder in the air in the sweet land of liberty of our neighborhood, of thee I sing.