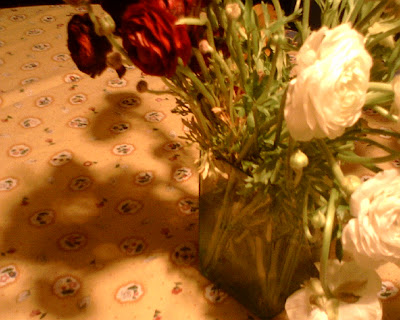 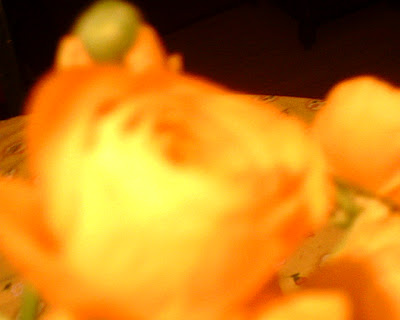 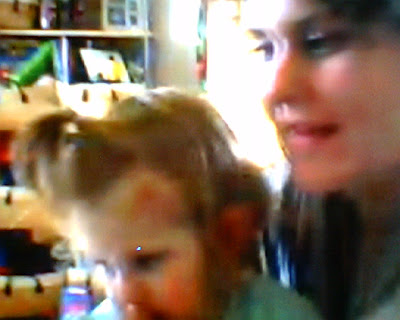 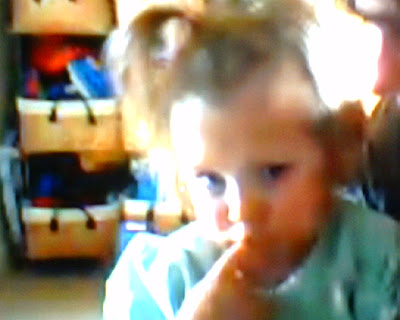 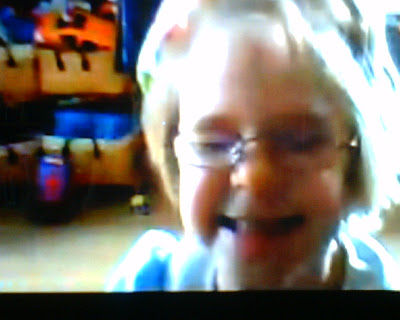 1. slept the sleep of the (pot-sticker-making) just.
2. woke up to sunlight.
3. talked/webchatted to the Scotlands while eating breakfast.
4. bought cute shirt at Target.
5. took B for a walk.
6. ate leftover Mexican food for lunch.
7. watched/ignored Jazz game (hope/agony/hope/agony).
8. renewed ancient grudge against Lakers and possibly all NBA.
9. read NY Times. (Sample from Maureen Dowd's column:

The first thing I wanted to do in the Bay Area was go out to Skywalker Ranch and ask George Lucas about a disturbing conversation we’d had at an Obama inaugural party in Washington.

Lucas, the creator of “Star Wars,” had told me that I had gotten Dick Cheney completely wrong, that Cheney was no Darth Vader. I felt awful. Had I been too hard on Vice?

Lucas explained politely as I listened contritely. Anakin Skywalker is a promising young man who is turned to the dark side by an older politician and becomes Darth Vader. “George Bush is Darth Vader,” he said. “Cheney is the emperor.”

I was relieved. In “Star Wars” terms, Dick Cheney was more evil than Darth Vader. I hadn’t been hard enough on Vice!

Lucas was on his way to Europe and didn’t have time to elaborate in person. But he sent me this message confirming our conversation: “You know, Darth Vader is really a kid from the desert planet near Crawford, and the true evil of the universe is the emperor who pulls all the strings.”)

10. took walk in the park with Singing Son's family.
11. ate splendid leftovers for dinner.
12. new season: Law & Order: Criminal Intent (new Jeff Goldblum character to be introduced next week!).
13. did entire Sunday NY Times crossword.
14. contemplated the genre of the funeral oration. Wrote poem.
And now, I am about to start reading a new novel. That is how Sundays are, at least the good ones.
Posted by Lisa B. at Sunday, April 19, 2009