Seen in the Summer/Autumn issue of Scottish Gardner:

The owners of a restored walled garden on the island of Mull are looking for a keen gardener who would be willing to take over the plot on a long lease.

The garden, which dates from 1780, was until recently operated as a nursery for rare plants but has now become vacant.

Owner Jonathan Quinn says: 'We hope that whoever takes it on will also be willing to design and create a new garden around the main house. The site covers four acres and we are quite open-minded as to the style of the garden.'

It was in this house that writer Elizabeth Luard penned some of her books and it is believed that Beatrix Potter was a visitor there as there are illustrations of views in Peter Rabbit that are identical to those in the garden. 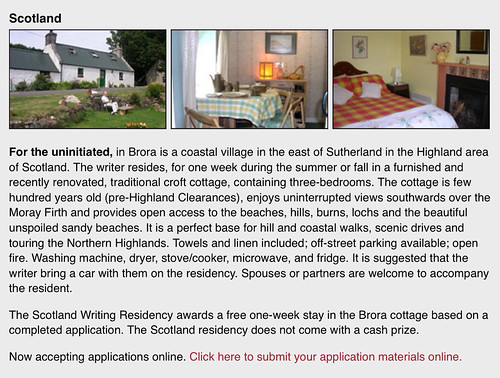 Email ThisBlogThis!Share to TwitterShare to FacebookShare to Pinterest
Labels: alternative careers, ways to stay in Scotland