Today I was preparing to read, with my students, Muriel Rukeyser's sequence The Book of the Dead, which was based on the Hawks Nest Tunnel disaster, in which hundreds of miners were sickened and died due to silicosis. As I was preparing, I looked up, to remind myself, the ancient Egyptian Book of the Dead, which (you may already know this--I didn't, or had forgotten--) in Egyptian probably meant, literally, something more like the book of emerging forth into the light or book of coming forth by day. This book was composed by many priests over the course of a millennium, and was, in fact, not really a book so much as a series of texts that, over time, comprised a whole funerary tradition, texts and spells taken into the sarcophagus with the dead to guide them on their passage through the underworld.

While I was reading this, scanning and scrolling, I happened upon this fact: the text was written in both hieroglyphic and hieratic script. Hieratic script? I said to myself, because (a) I happened to know the meaning of this word, or at least I thought I did--I used it in a poem once, and at that point I knew what it meant--and (b) I did not know it was a form of writing.

It turns out that--among other things--hieratic writing was generally priestly, and also more cursive than hieroglyphs. To wit:

Cursiveness is the degree of joined-ness or connected-ness in the elements of the script. The more connected, the more cursive. Cursive is by definition quicker than print, and hieratic was quicker to write than hieroglyphics, although it's clear that the hieratic signs still referred strongly to the hieroglyphs.

One time I saw an exhibit of Japanese calligraphic works in the Ando Gallery at the Chicago Art Institute. I love this space. I've been there a number of times. It's cool and dark and quiet, ideally anyway--often enough, for a public space like a museum. 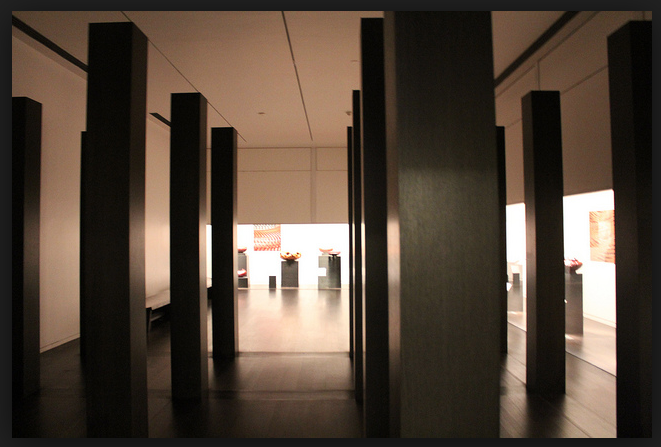 The ink strokes on some of the pieces were so thick and bold, there was barely a lightening or lifting of the the brush. The characters connected by joints or tendrils of ink. 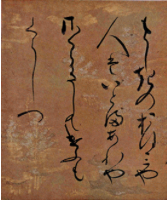 I was surprised then, too, to discover that there was such a thing as a cursive style of calligraphic Japanese writing. Similarly, the pages from the books of Persian schoolboys, who practiced their slanting strokes in row upon row, just as I practiced the loops above and below the line on my school girl's paper: 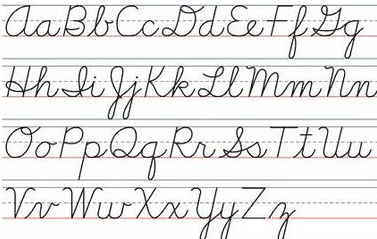 I loved these Persian practice pages so much (I've looked, but can't find the images that I saw back then) that I wrote a poem about then, a poem about cursive writing, a few years ago. I recently took this poem out of my newest manuscript, but now, I'm thinking I'm going to work on it some more. I think it might still have something to say to me--something about writing itself, the ways that these scripts are spells for the journey.
Posted by Lisa B. at Thursday, February 26, 2015

Email ThisBlogThis!Share to TwitterShare to FacebookShare to Pinterest
Labels: writing