Princeton recently received an extremely valuable collection of rare books from William Scheide, who had the collection from his grandfather and his father. At the time of his death, the collection included more than 2500 items, including a Gutenberg Bible, an original printing of the Declaration of Independence, and many things more wonderful than these. Paul Needham, librarian of the Scheide collection, says


He has dozens and dozens of extremely rare examples of early European printing showing the spread of printing outside the city of Mainz where it was invented to other parts of Europe. Many of those items are unique survivals. He has a very strong collection of significant music manuscripts because he was himself a music historian. He has a strong collection of Bach autographed material and scribal copies of Bach's compositions annotated by Bach, a wonderful sketchbook that Beethoven kept where he wrote down all his musical ideas when he was in Vienna about the year 1815.

What I wouldn't give to be able to see--just see--that Beethoven sketchbook. Or Bach's annotations on those 'scribal copies.'

Audie Cornish asks Needham, in a brief interview yesterday on NPR, to talk about the relation of digitized material, as much of this collection is already or soon will be, to the actual physical objects--'the physical pages,' and he says this: 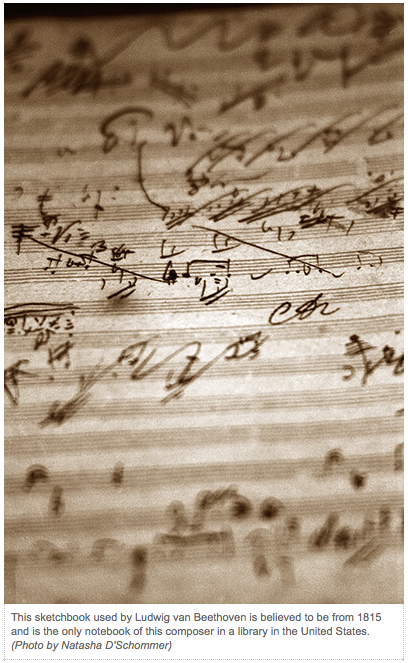 Two days in a row, I've received letters from Scotland.

The first was from Evie: 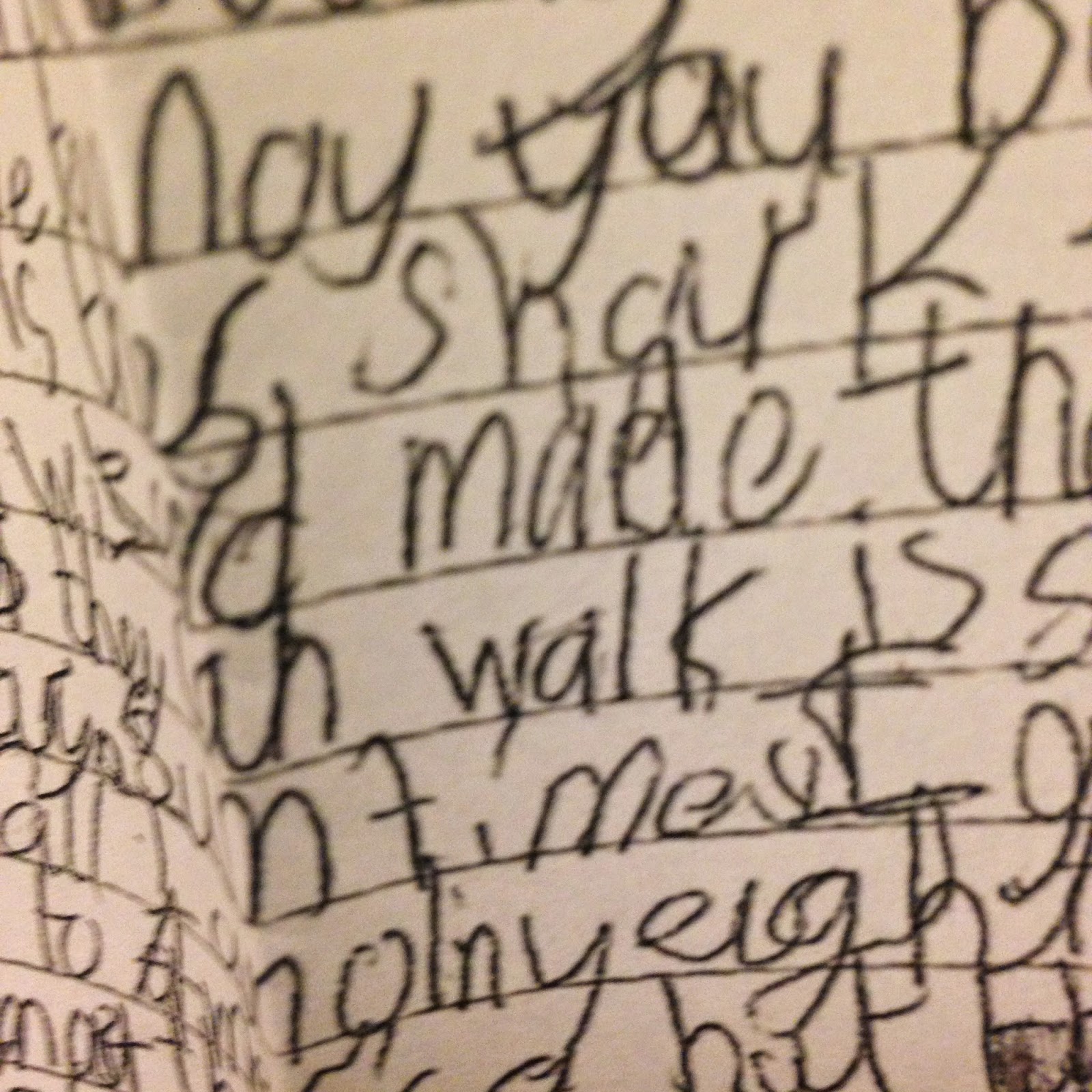 Her news was that she had written book that included very intelligent sharks--they can talk and they can understand us--who were planning to go to America and eat the people and make America their own. Luckily for America, the heroine of the book gathered an army and fended them off. 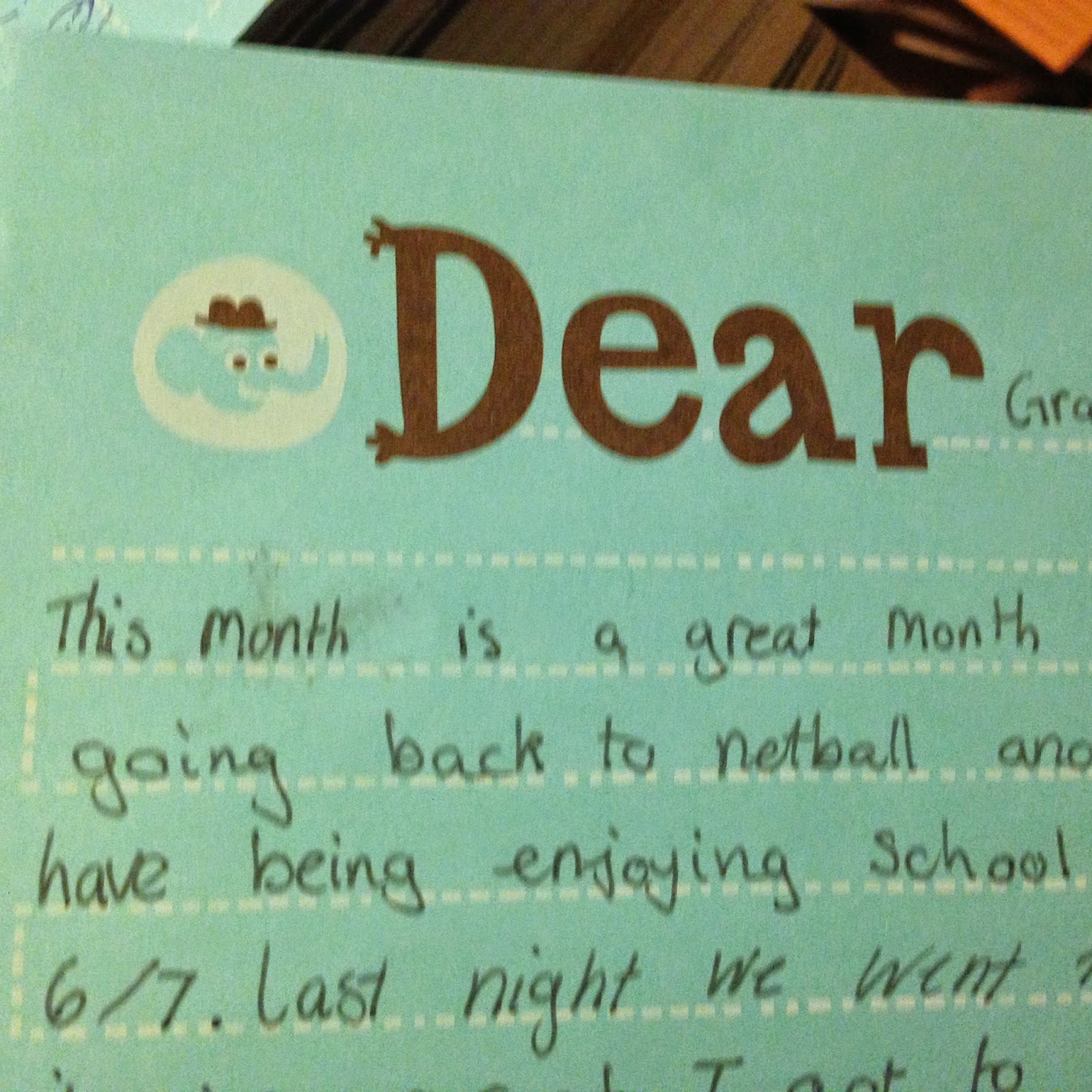 Miriam's letter was perhaps less literary but a little more chatty. She reported that "last night we went to a wedding reception--it was great. I got to dance with baby Jacob! I was a bit dizzy last night as well because I was spinning Oliver." This sounds to me quite as fancy as any ball at a manor house in Jane Austen.

This wee is 'You've Got Mail' week at my grandson Deacon's school. I wrote him a letter on a card from a set I bought awhile ago, called 'Typographica.' It had an alphabet and numerals in old style typography, like this: 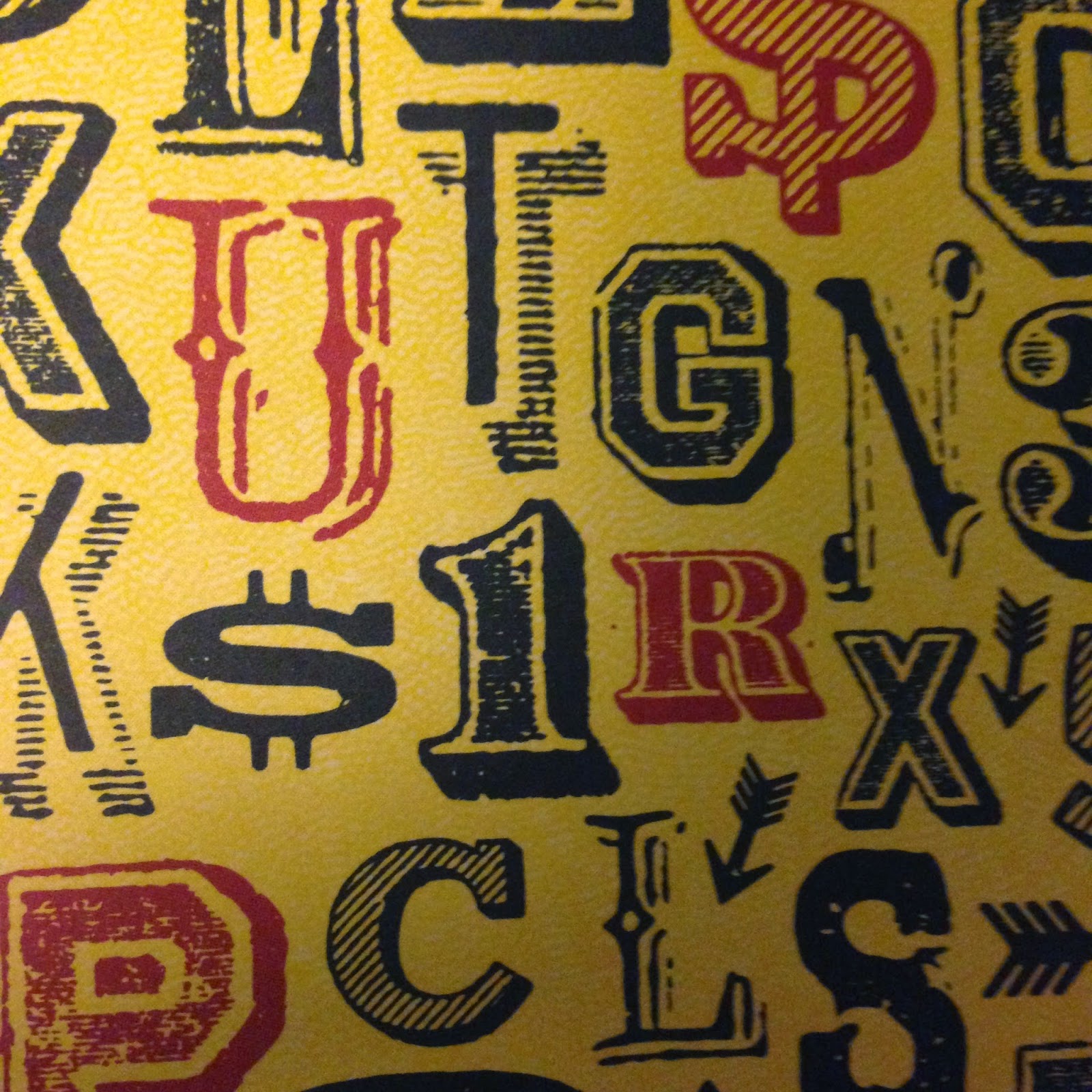 The little letter I wrote will arrive care of his teacher at his school, where he will read and open it. I remember getting letters from my grandmother when I was a child, and my mother wrote letters to me and my little family when I was a young wife and mother. I have some of them, but I know that others of them got lost in a long-ago move. Perhaps for this reason, it is difficult for me to give away anything handwritten, written by hand to me. There it is, that paper that the writer chose, and the writer's handwriting--the patience, or impatience evidenced there, legible or barely so. Even the most ordinary handwritten thing is a treasure and a mystery.
Posted by Lisa B. at Wednesday, February 18, 2015