We left the house 40 minutes later than planned. I had to go back to get the cord that allows us to play  the iPod through the car stereo. Also, I had a peeled orange in hand. Then we went to get air in the tires. 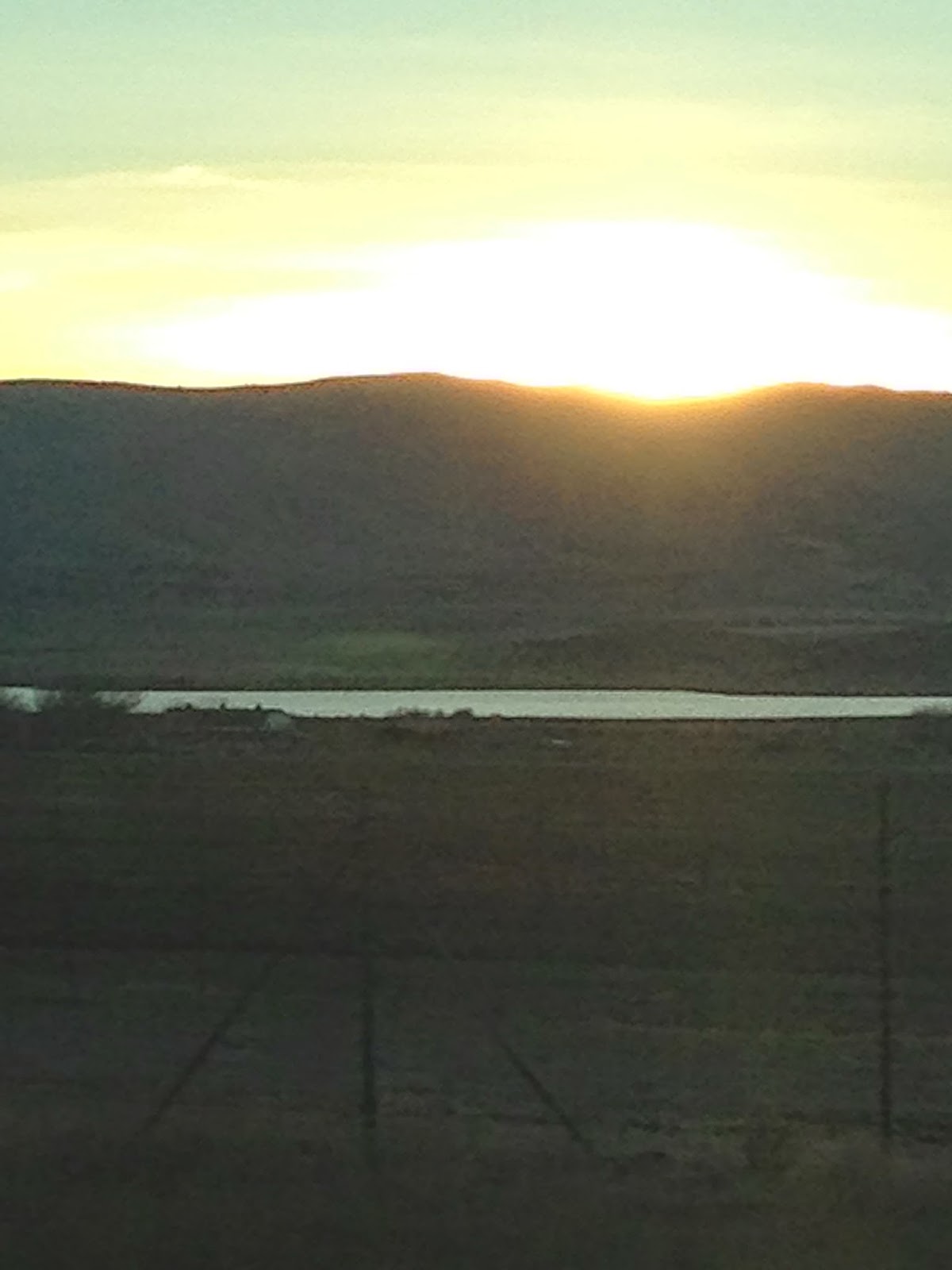 It took us longer than it should have to get past Provo. Traffic, you know, and a late start. The sun slanted in the windows as it tilted down, down, down to the western horizon. 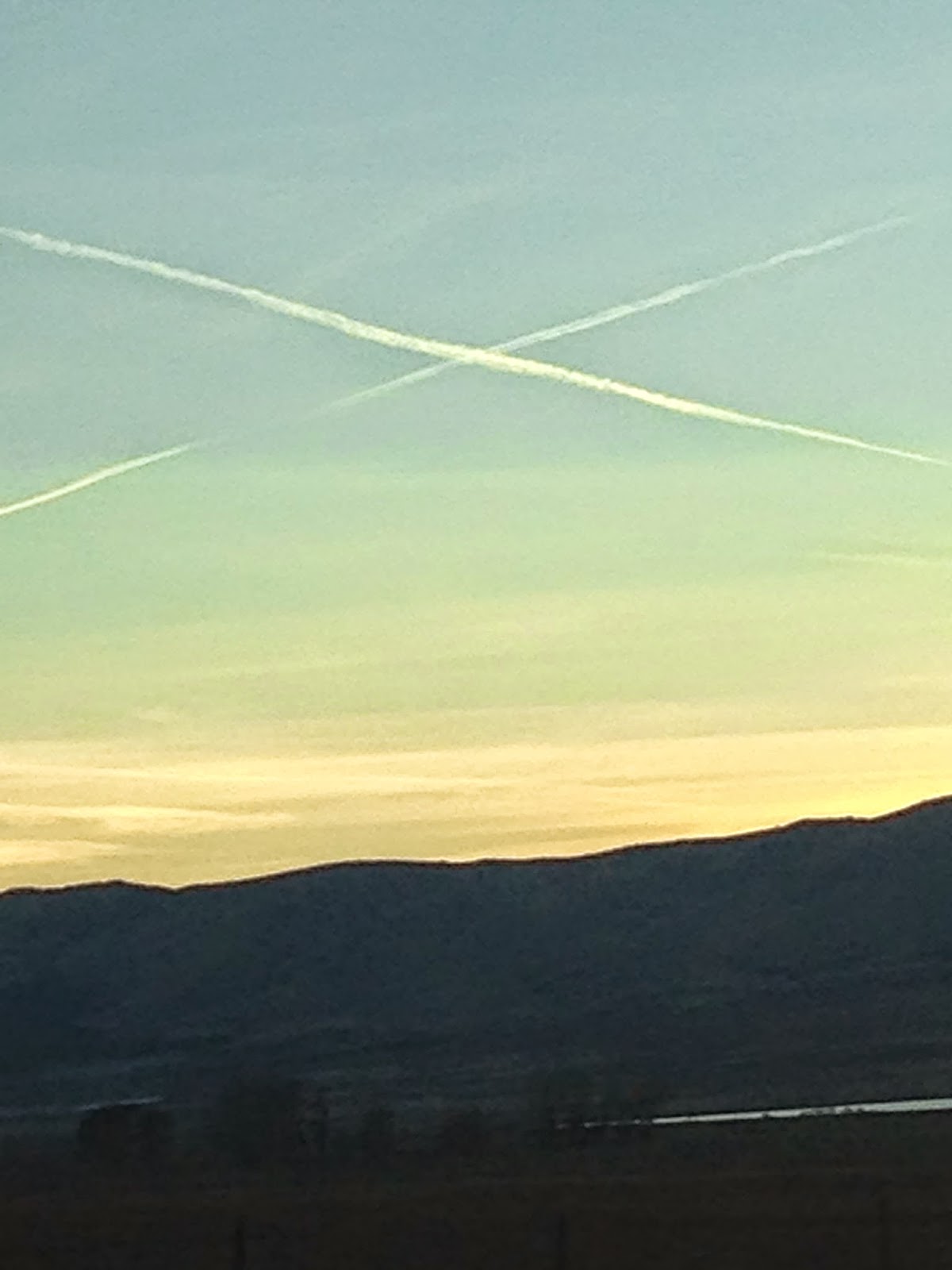 We haven't been on this stretch of the highway for quite some time. We talked and talked about this and that. Work, children. Work. What we'll do tomorrow. 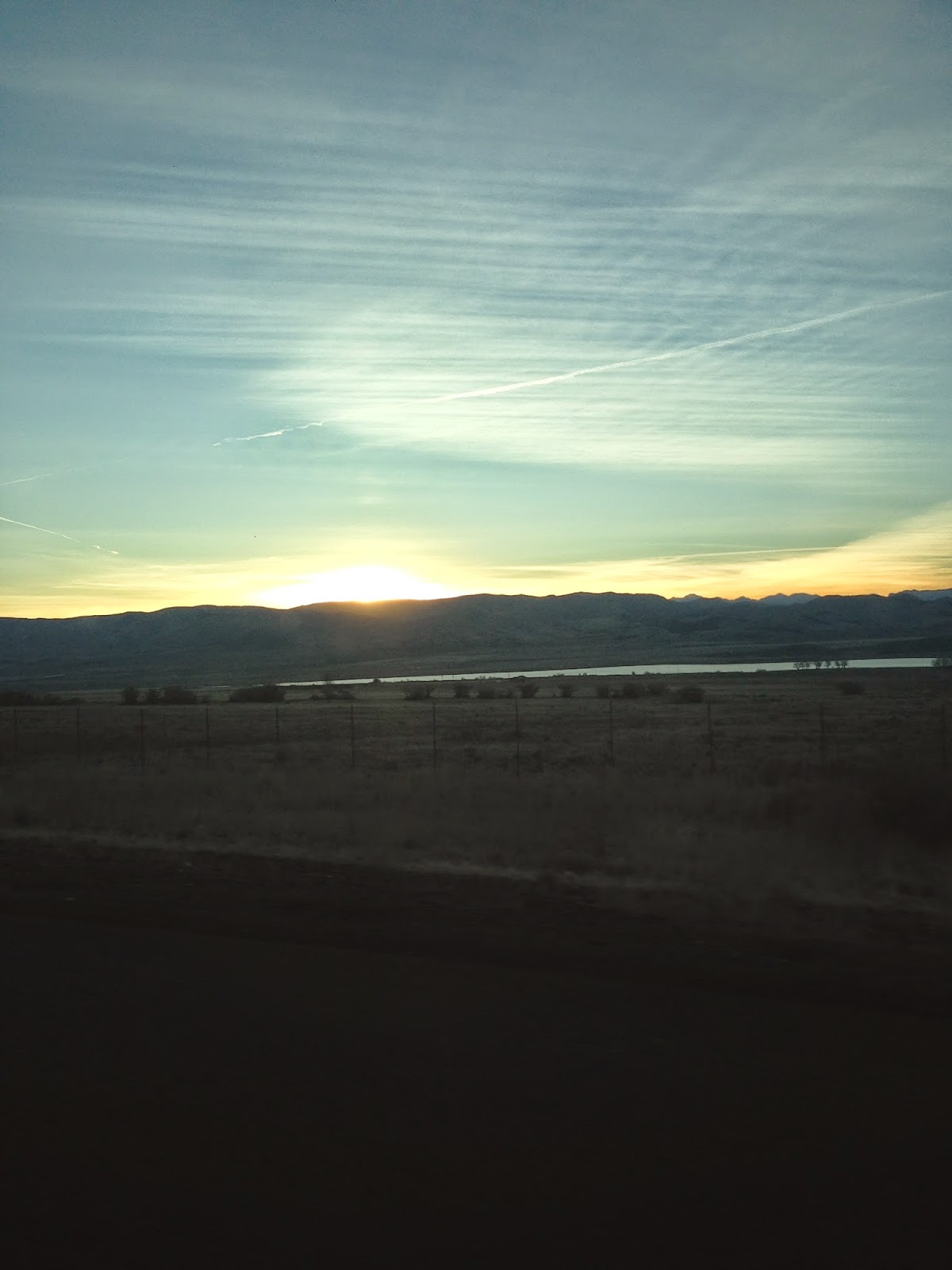 Did you know that if you don't get back on the freeway at Nephi that you have to go all the way to Levan? and then it's nine miles from Levan back to I-15? In the dark? Well. 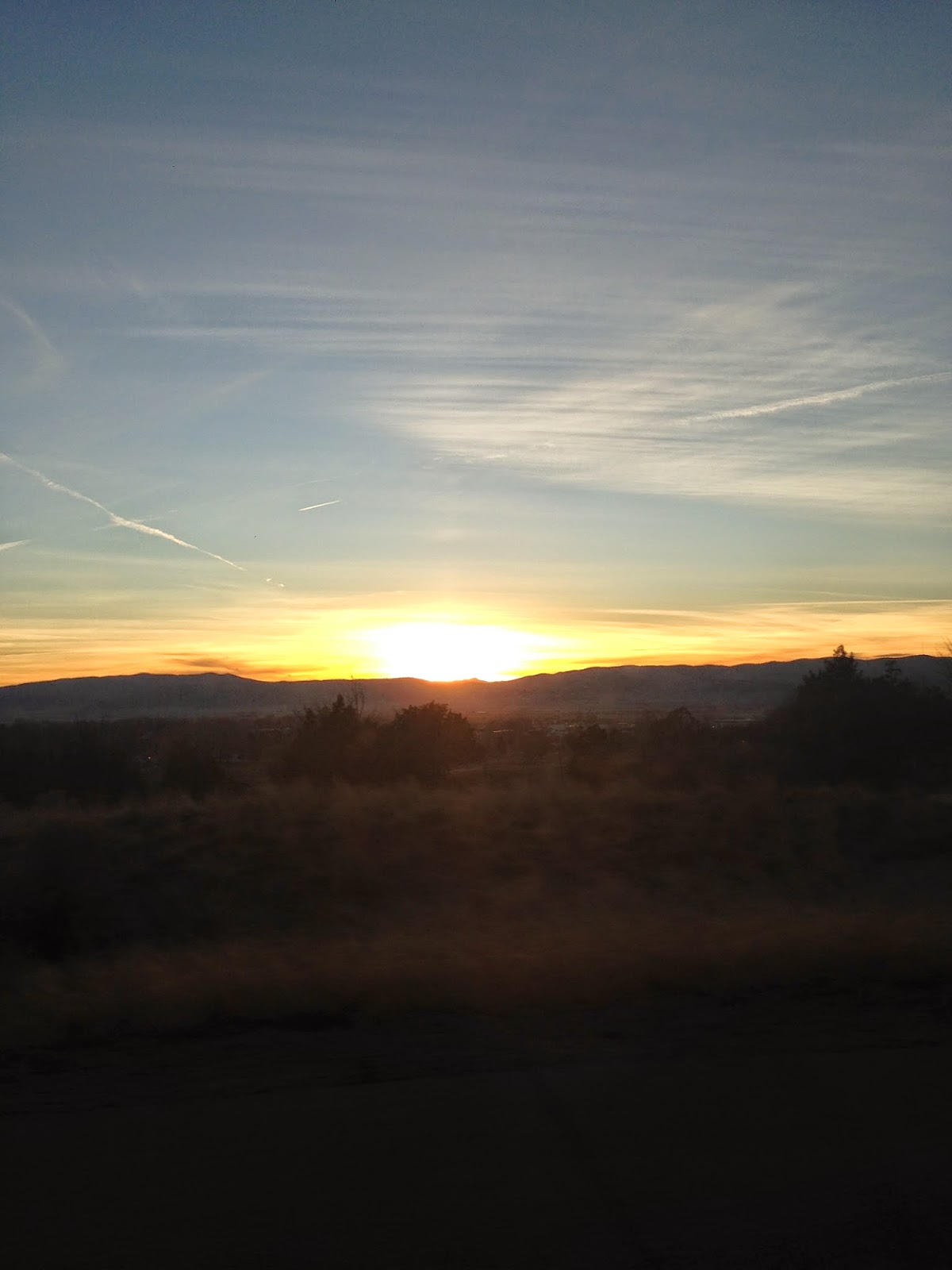 We're halfway-ish. I have identified the key elements for tomorrow: the best route to get to where we're going, and where we're having breakfast, and where we will buy provisions for when we get there. 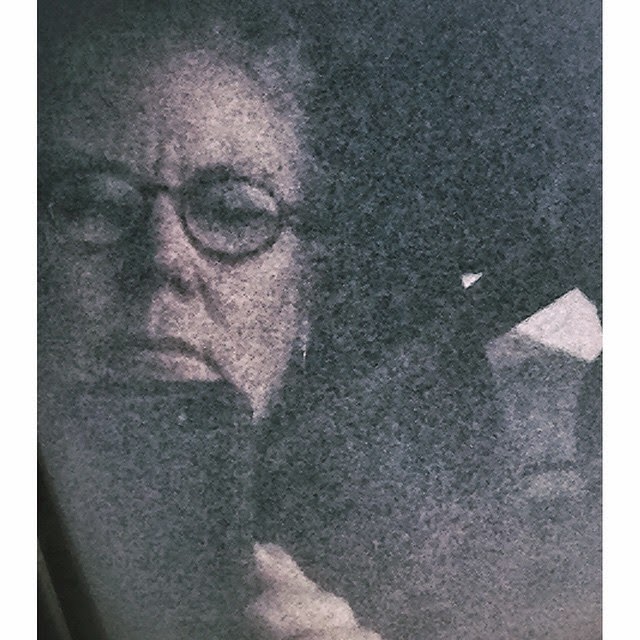 We're on our way to getting where we're going. It's fine with me if it takes just about as long as it takes.
Posted by Lisa B. at Thursday, February 12, 2015