Dear the pure in heart, 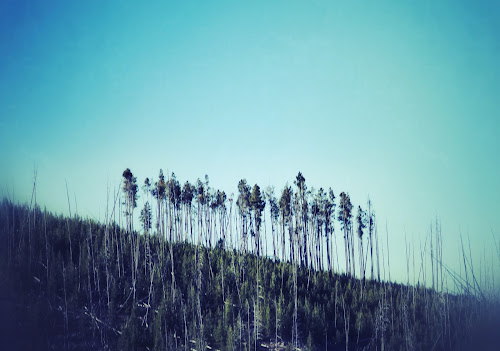 Today, we took a drive into the east part of Yellowstone. On our way, we stopped at the visitor's center at Canyon. People had posted their confirmed wildlife sightings there, on a big piece of paper clipped to an easel. Wolves, spotted in Gibbon Meadow and Hayden Valley. Bears at Gibbon Meadow and the Sylvan Pass. We looked at our map.

We took our sandwiches down to the edge of the river and ate them while we watched the water flow by.  Clouds assembled. We got back in and drove in the direction of the Sylvan Pass.

The lake gleamed. Rows of ducks and geese bobbed along the edge and ducked their heads under. We ascended. In the truest sign of the animal-seeking blessed, we saw many cars and trucks pulled hastily to the side of the road, both sides. A park ranger was with them, binoculars and camera at the ready. We slowed.

After a pause, with some craning out the window, the historian said, "It's a bison." 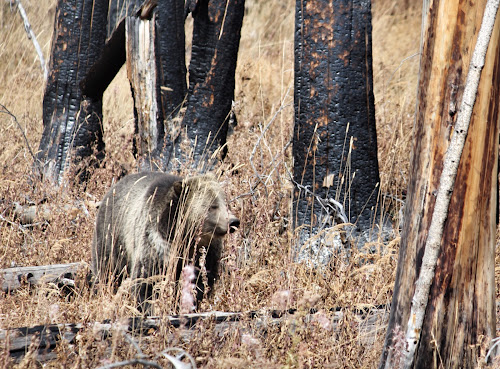 A grizzly, as it turned out. 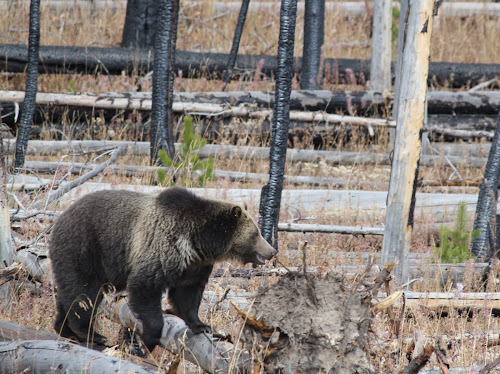 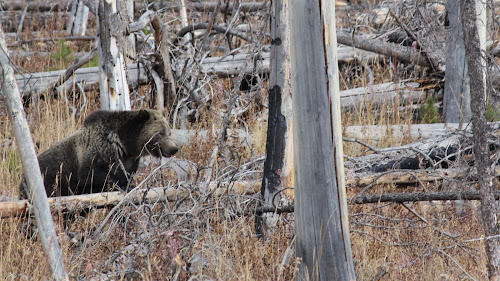 It took its time and walked into and up the road, then down the bank to the other side, perhaps to its afternoon sleeping place. 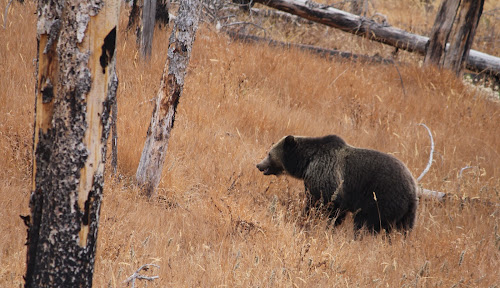 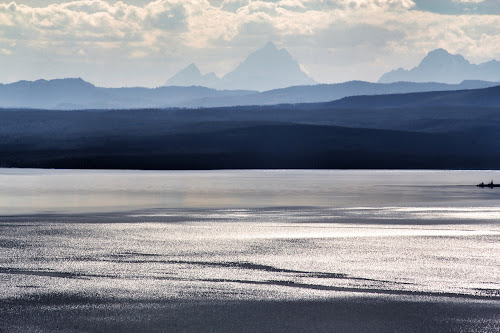 The pure in heart, I have, at least for today, joined you.

This gang of bison was a bonus, I feel 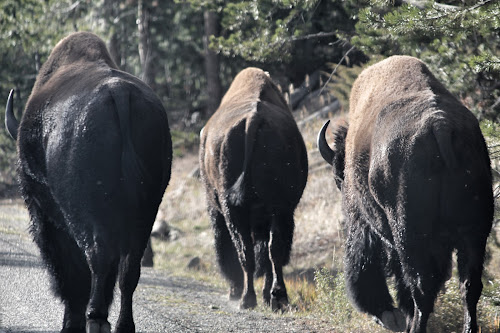