Stuff I am not sorry I bought.

Lately, I have been going through (endlessly, forever) my belongings to give things away. I have too much stuff. I know it. And it's hard not to keep getting stuff, because: they keep making new stuff! That I want!

Occasionally, I make a solemn vow--a solemn, fleeting vow--that I will not buy anything new for [x] amount of time. This really only works if you are in a coma. Because there is evidence of new stuff all around you! Do you watch television? read a newspaper? look at the internet? Basically all vehicles for new-stuff-info, which seeps into your brain like a vapor until you want it! you want all the stuff!

There are, however, some kind of expensive things I've bought that I do not regret. In fact, I'm glad I bought these things, for they have improved and enlarged my life. 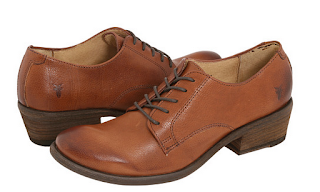 For instance: these shoes are possibly the most wonderful shoes I have ever had. Are they plain looking? Sensible? Comfortable? Yes, all these cozy adjectives and more. I tromped through fields and valleys in them in Scotland and the north of England. They make me feel like a timeless English gentleman. Or perhaps an early 20th century suffragette. Either way, these shoes are like time travel, globetrotting, big-idea-mongering, and badassery all rolled up in an American-made shoe. They are worth every penny I paid for them and more. 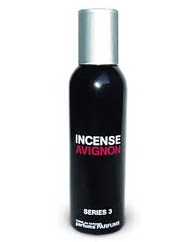 This perfume I first smelled in a museum store in L.A., that's how fancy its provenance is. The store way almost about to close, but I gathered my courage to ask the very hip, slightly haughty counterperson to bring it out so I could put it on my wrist. It's part of a series of incense-based scents made by the madly avant-garde Comme des Garcons fashion house. All the way back to our hotel, I sniffed my wrist. I smelled like the entire history of the Catholic church, like a grand cathedral after mass. I smelled like the French pope. I smelled like a hierarchy. Not all of those things are necessarily good things. But I liked how it didn't smell friendly: it smelled mysterious and a little bit forbidding. At that point in my life, I kind of needed something that was mysterious and forbidding. It was like a secret weapon. On days when I knew I needed a little bit of backup, I wore this scent. I still wear it to this day. And it was worth every penny I paid for it.
Posted by Lisa B. at Wednesday, November 28, 2012