Dear trifle of a novel,

How I adore you. You have, by virtue of your occasionally tart wit but also your surprisingly open-hearted address to the need of the reader to believe, at least sometimes, in happiness, entirely satisfied me. I know you are not brilliant, but you are good, for a trifle. In fact, dear trifle of a novel, you have caused me to brighten the aura surrounding the word "trifle." That's how entirely satisfactory you were. 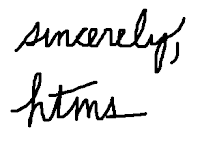 Ugh, are you still there?

I am sorry, but we will never be friends.

You are when I will grade.