Today we drove north. We left an hour later than we'd hoped, which meant that, at the end, we'd be driving up a mountain in the dark.

The high valley between the two towns, the one just over the border and the one fifty miles further, was gold, the grasses drying and the fields stubbling. 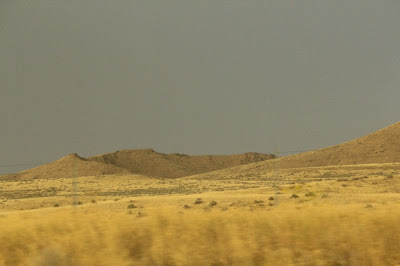 We drove toward banks of cloud that darkened and thinned at their edges. Lightning burst over the mountains, lazily, intermittently. 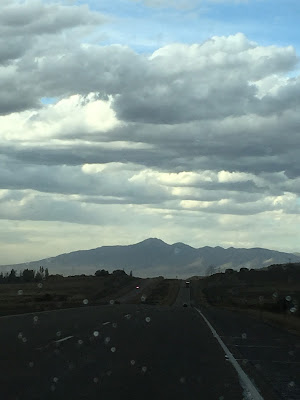 Rain made curtains of mist. 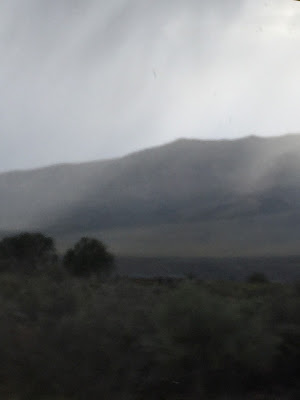 The irrigation, here and there, in full throttle--an end-of-season, inexplicable all-directional spray. 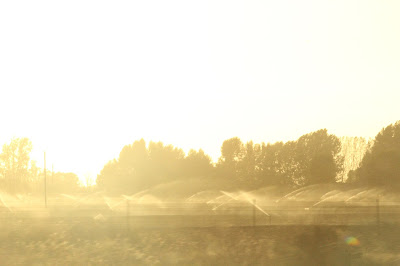 Extravagant light tore through sheets of cloud in the west, poured from the sun, its source, as it sank. 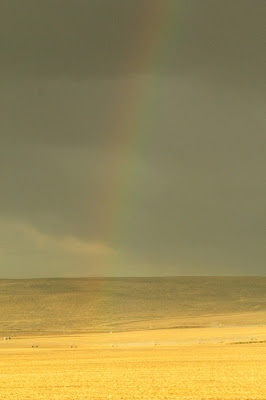 Across the valley, the sky was dark, but somehow, even so, lit up. The ends of a rainbow shimmered into view. They rose to form the full bow. The bow doubled. 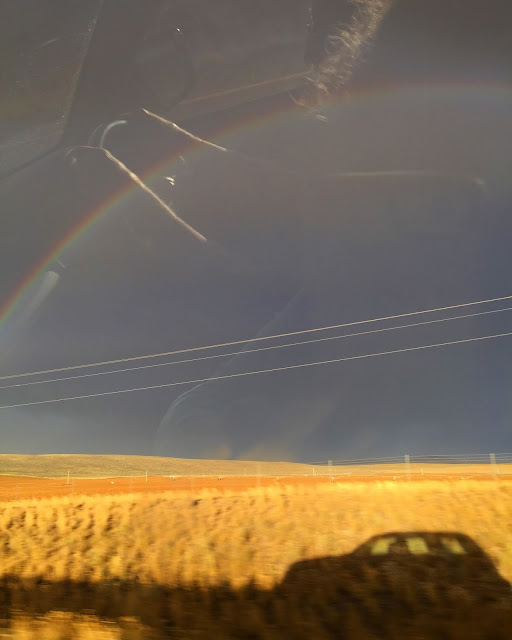 We traveled with the rainbow to the east of us for it must have been twenty miles. For those twenty miles and more, I was an ecstatic.
Posted by Lisa B. at Thursday, September 03, 2015