This post is brought to you by my new book.

In other words: self-promotion.

flicker's official publication date was January 1, 2016, although it's been available for pre-order and then order on Small Press Distribution and Amazon for a few weeks.

I love my press, Elixir Press, whose quiet, beautiful work allows many, many voices into print, many for the first time. I'm so grateful to its editor, poet Dana Curtis, who built the press herself originally as another way of connecting to the literary world--now, she says that 'promoting other people’s work has become essential to my well-being.' And I can attest that she supports the writers she publishes. (Read more about Dana Curtis here and here, and read some of her poems here.)

I am undyingly grateful to George Kalamaras, who was the judge of the Antivenom competition, and who selected my book. I didn't know his work until this happened, but it's beautiful and mysterious and open to the world. This interview and feature in The Atticus Review gives a sense of his generosity as a poet and as a human being.

Here's my author website.  I built it myself! (with Kati Lewis's advice and expertise at hand.) And here's the book: 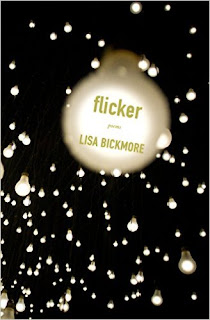