You began in the dark, that's the first thing. I got out of bed when the clock still said six, and was out the door at the beginning of seven. I talked to one two three four students before it was ten. 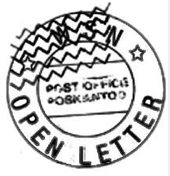 [Parenthetically, this isn't a story about a heroine, or a person of great fortitude, or a person of great humility and dedication. No, this is about a person who can't resist talking about an eleven hour day. "Eleven hour day," the first time she said the words, sounded irresistibly like a story worth telling. "Eleven hour day," she said to her husband the historian when she came home. And possibly repeated it one two three four times, in every possible legitimate context. And maybe stretching the "legitimate" part, if she's being honest.]

I taught. I taught syntax in a creative writing class. And lo the wonder of it! And ate an apple and met with one two three more students, and then helped two more students learn to use Adobe Premiere Elements 11 so that they could finish their digital stories.

[Parenthetically, the windows in the Publication Center were wide open so the pearly gray damp air could ebb and flow. In a spring-coolish room, it is wonderful to see other people finish a creative project. Parenthetically.]

Eleven hour day, I drove home in the sixes and was both exhausted and famished. I was eloquently exhausted, lovingly and pugnaciously exhausted. Those adverbs, parenthetically, are from the first two sentences of Elmer Gantry, which my students read and admired/parsed today. Eloquently admired, lovingly and pugnaciously parsed. I mean it--I think they might have fought me if I foisted any more syntax on them.

Thank you, eleven hour day, for having so many wonders and dimensions. And thank you for being almost over now. By now, you are even longer--a sixteen hour day and counting. You were, are, and have been long: prodigiously long, not to say excessively, but certainly pronouncedly, long.