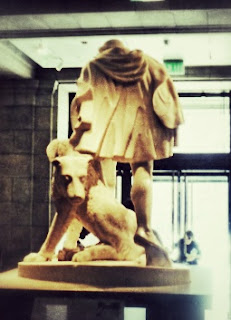 During this recent trip, several people asked me if I had been to Boston ever before. My traveling companion had lived there and had slung chowder (I think this is right?) on Cape Cod one summer. Another friend who happened to be traveling on the same plane to the same conference had also lived there, for two years.

"Have you been to Boston before?" they, and others, asked. 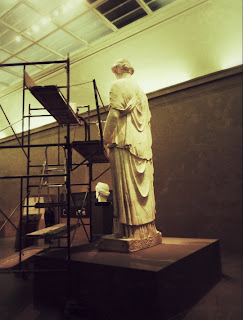 Yes, I have been to Boston. I went once when my mom and dad were living and working in Concord. My husband and I had our first child then, and we flew back to visit. We saw Walden pond and Emerson's house and Hawthorne's house. We went to Faneuil Hall and swanned around Boston for a day. Later, my youngest daughter was a nanny for a family in Reading. We drove out to Provincetown on a brilliant November day while the wind blew with great fanfare around us. And last summer, I went again to present at a conference with my colleague and friend, and ate lobster rolls like they were going out of style. Who knew when I'd eat one again? It was July, and there was a prodigious rainstorm. 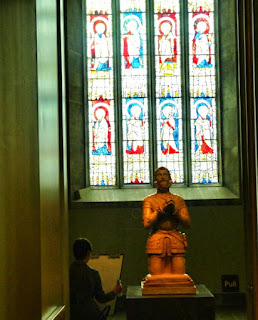 This time, we flew in just before a big snowstorm, which continued for two days. At first it acted like spring snow, but by Thursday afternoon it was acting a little more serious, and we woke up Friday to some untidy piles of it pretty much everywhere, and it was still blowing and falling at a slant.

It was possible, though, to barely meet the snow at all, face to face. It was possible to go from the hotel room to the Convention Center to sessions to the book fair and back again, without making the direct acquaintance of the snow. Boston knows from winter, and Boston knows you don't want to have your ability to meet your obligations compromised by something as capricious as weather. 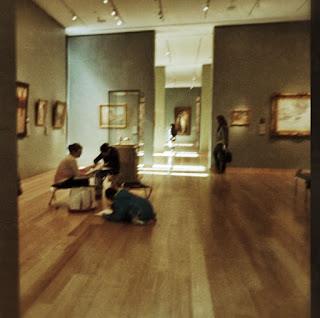 On Saturday, though, the skies were clear, blue, and sunny, which is why we waited until then to visit you, BMFA. Even though I had traveled to Boston before, this would be my very first time at the BMFA. We set out and walked through prodigious puddles of slush, using uncertain GPS coordinates, until we found you, right by the Back Bay Fens where some geese were convening. 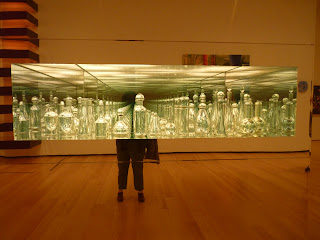 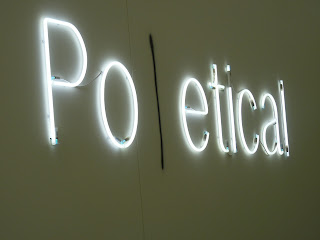 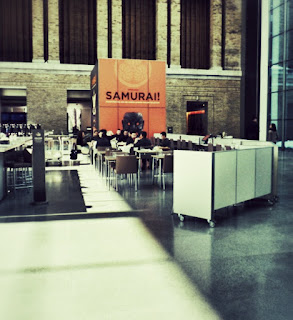 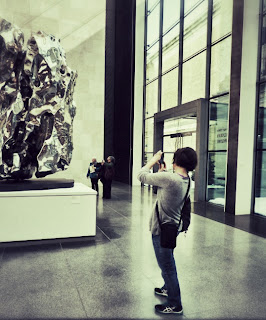 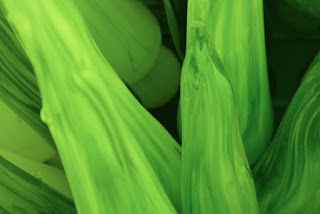 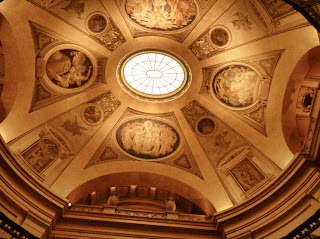 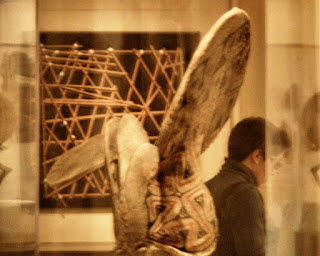 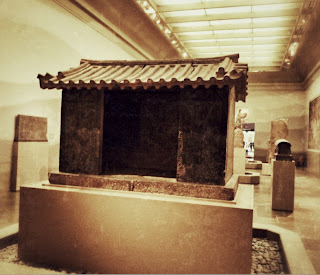 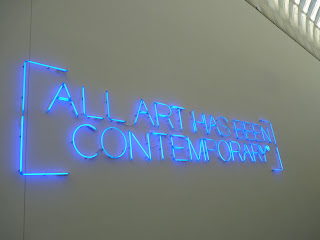 If you're looking from a distance, museums are similar to one another. They have their points of pride, and they have their gestures at coverage. They have their ancient, modern, and contemporary. They have their local and their national and their international. But close up: close up, it doesn't matter about this template for curating and collecting. Close up, you get to encounter what someone made, however she made it. You can examine the texture and consider the proposition. You're in one of the only places on earth that actually demands that you think about the challenge of a maker, about that maker as your interlocutor. As the thing, the made thing, asks a question that only you can answer, in that moment of the encounter. 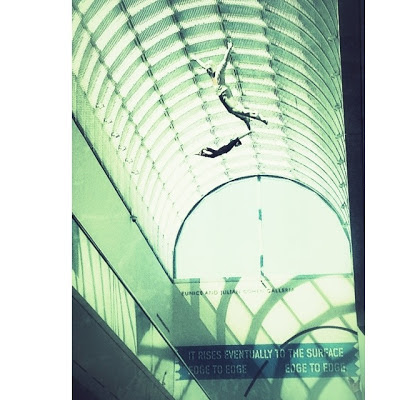 We were only there for two hours, because two hours was what we had. But those two hours gave me something precious. So thank you, Museum of Fine Arts.