I cannot collect my thoughts. 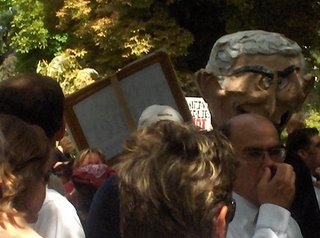 In a completely rude gesture, the POTUS and his entourage
came to SLC on or about my birthday, necessitating a visit
to the protest. Mainly, I was protesting the fact that GWB
had wrecked my birthday. 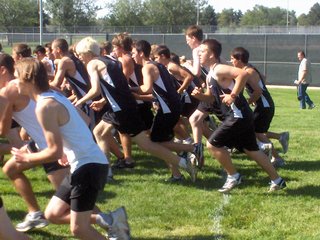 Running son ran the pre-region race, his first of the
season. Despite a strained calf muscle, he came in
third at 17:10, which is seventeen seconds faster
than his best time on that course last year. This picture
is only a generic one, as running son was already way
up the hill at this point (or so). He argues that he
could run the course in 16:45 without the calf strain, and
time will tell. 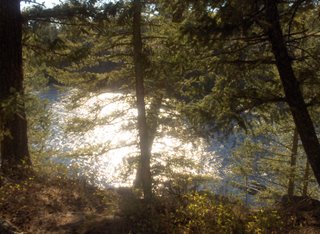 Labor Day = the last time we can stay in the cabin
before my dad closes it down for the winter. Henry's
Fork of the Snake gleaming down below the path here. 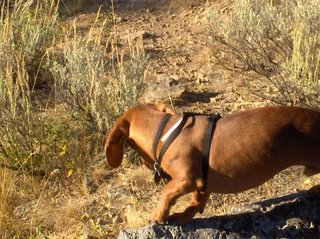 Duke the Dachshund refuses to give me a good look.
Damn him! 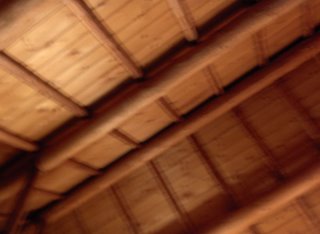 The roof of the meadhall. Or, the ceiling of the log
cabin, which I find exceedingly beautiful.

As you have now all heard, Dr. Write and I are engaged
in a battle to the death. No, wait: we're exchanging poems!
I keep getting those two things mixed up! She's writing at
genius level, may I report. This is the poet equivalent of
National Novel Writing Month. Wish us luck.
Posted by Lisa B. at Sunday, September 03, 2006