The "Just Enjoy It" Project. 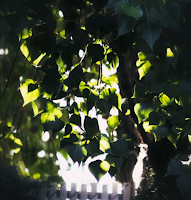 My son--the one who's moving away in a little over a week--called and said he'd like to bring the boys over for lunch. My youngest son decided we should make Chuckwagon, a dish of his own devising, I believe, that consists of a box of macaroni and cheese, cooked up, mixed with a can of chili con carne, with grated cheese mixed in, garnished with salsa and/or hot sauce. I felt fortunate that I had leftover Thai food.


We discovered that among the canned goods in our pantry were precisely zero cans of chili con carne. So I sent my son off to pick one up. 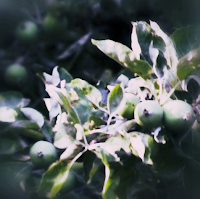 "Need anything else?" he asked, almost out the door. 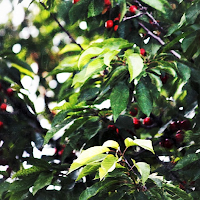 When you're in the throes of an ailment, it's hard to just enjoy things. But not impossible. Yesterday, for instance, I found a couple of lawn chairs--bright red chaises--that were marked down at Target, which I bought up like a champ. I brought them home and set them up on the patio; I gave one the sit test, which it passed with flying colors.

Last night, I told the historian that I was going to eat my breakfast out there in one of those chairs. Which I did, whilst sniffling a bit and noting that the wind was likely to give me trouble. Which it has.

Even so: there are apples on the apple trees, and cherries on the cherry trees. The heat has had its way with the roses, but there are still roses. The wind in the trees sounds beautiful. My youngest son went with me to Glover's for some plants and potting soil--I discovered a bunch more empty pots that I had forgotten about, so there's a new garden wonderland that I'm about to make happen. Or something like that. I bought a fig tree. Will I be able to make it thrive? Who can say? 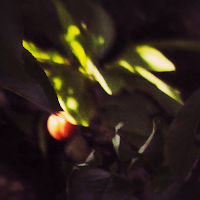 The boys and their dad came over for lunch. Chuckwagon was not a hit with either grandson. The solution for this dilemma was obviously a couple of quesadillas. We chatted and discussed and ate, and then they were off. I took another dose of medicine.

I just put clean sheets on the bed and decided which of the kajillion handbags that are basically the same shape I should keep and which I should give away. The laundry is almost done. I'll get to work on those plants later this evening, when it's cooler and maybe the wind will have died down.