Every so often, I find myself in a moment where what I'm experiencing on the one hand, and the words I have on the other, are entirely incommensurate. That is, the words won't do, or the words I can find, or am willing to summon. Visiting and then leaving my daughter and her family, and going up to Idaho with another bunch of children and grandchildren, and my son and his family who are leaving soon to live in Arizona while he does graduate work. I promised myself I would live these experiences and be present for them, and I believe I have, and am.

Interestingly, while we were in Scotland I took a deliberate internet fast, for four days while we were on the road to York and back. And up in Idaho, the wireless situation at the cabin was ruinous. Which is to say for most of another four days, I was for the most part offline.

It's helpful to see, I suppose, that I don't have to be online. But it also means there's an interruption in the words--here and elsewhere--and then, when the means present themselves again, the words seem farther away, and more difficult, and entirely less adequate. I also have the sense that I almost don't want to write--that writing whatever this is would, in some sense, end it more thoroughly. And I still want to have it. I want to have all the experience, the joy and the ordinary happiness and the sadness, too, because while I have it I'm still in it, and when it's over, well, it will be over.

My daughter wrote about what seems to be a similar dilemma yesterday on her blog. She decided to post ten pictures to emblematize what was wonderful about the two weeks we spent in Scotland, and I have decided to do the same--a handful of images of what's been going on for the last month, and a few words about them.

Some of the pictures I've posted before, from Scotland, in one forum or another. Here's one from Alnwick Gardens, at the top of a huge cascading fountain. We spent a wonderful day in these gardens, which were in pretty close to a perfect state because of a long cold spring. These people are among the great beauties of that day. 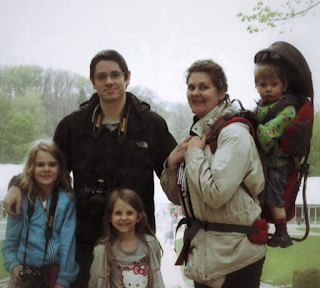 This was one of the best parts of being in Scotland--the every day business, making breakfast and hanging out the wash, feeling the joy of a sunny morning and the promise, perhaps, of a sunny day altogether. We ate breakfast in the garden that morning--waffles, made on a brand new waffle iron. Can you see the children playing on the trampoline in the background? 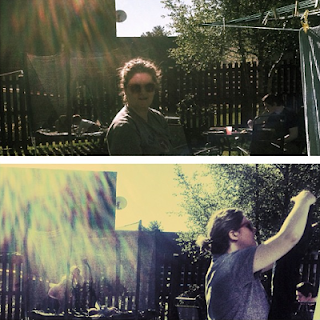 The night before we left, we had planned to have an unbirthday party, since we are almost never together on birthdays. The girls took over the party planning, so it turned into a more straightforward farewell. They constructed a list of activities, which included a "Neatest Drawing" contest, a game of Pirates, Musical Bumps and Musical Statues, Hide (and find) the Book, Bite the Donut, and enough other games and contests that it would have taken days to properly execute them. So we did the best we could. They decorated and assembled prizes. A wonderful time was had by all. (Although the historian did his best, he did not win the Bite the Donut game, in case you're wondering--Raymond, my daughter's husband, who is a champion of many things, won the prize.) 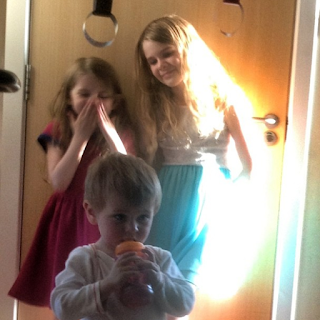 In between the Scotland trip and the trip to Idaho, I visited my friend in Sonoma County. In a whirlwind trip, we talked about everything, ate beautiful food, saw the ruins of Jack London's Wolf House, ate some more beautiful food, talked about some more stuff, saw some movies, got me started on The Killing (which is killing me), and bought some stuff. In other news, I wore a dragon necklace that was a hit with the entire city of San Francisco that day. 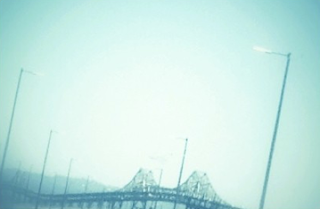 I drove with Deacon and Will to Idaho. This is a tradition, I think, since we have done it three years running. The last two years, my daughter who lives in Louisiana was my companion. We all missed her this year, since she needed to stay and work this summer. This year, my youngest son drove with me. I loved the conversations and music of this drive. I loved the company. 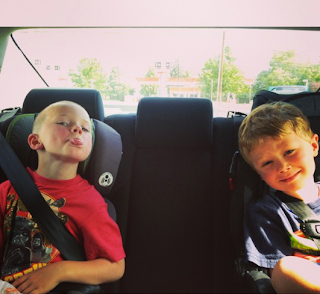 One of the sweetest things to me about being up at the cabin with my children and grandchildren is getting to see them with each other. At this point in my life, I can't even track how many moments I've observed. But I do try to notice, still. 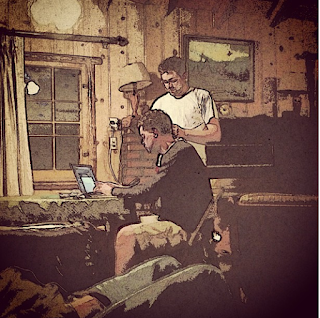 Deacon has great confidence in his basketball abilities. With good reason. 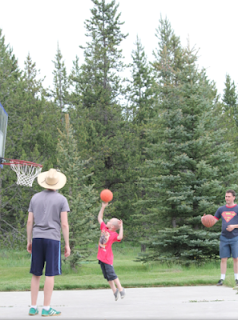 Van is the little big man. He likes a ball for all purposes. 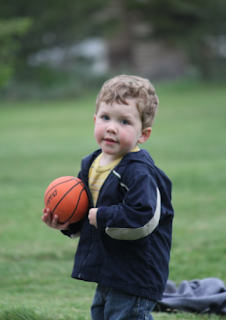 Everyone played ball (except the photographer, this time). Here's Lesley, planning her next slashing cut to the hoop. 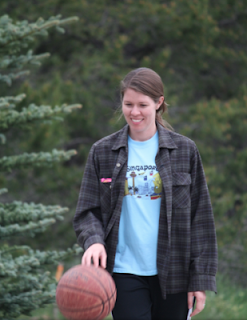 William having his way with a swing. 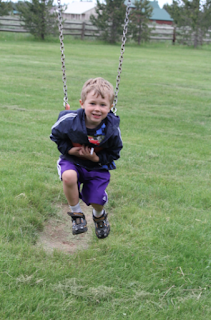 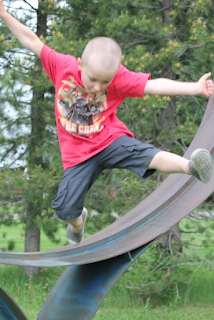 William wanted to hold Gwen, which he was able to do with a little support. 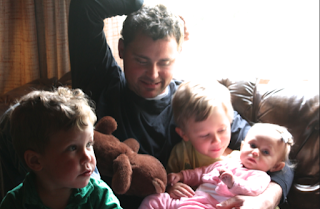 Here's Gwen having a bath in the basin in the sink, which is also traditional for new babies. 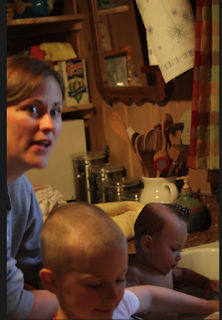 Yesterday, Father's Day, we went down to see my folks. My brother and his wife were in town. Both my sisters came over, and some nieces and a nephew, and my aunt. I'm feeling the preciousness of the time I get to spend with these people, and my parents especially. 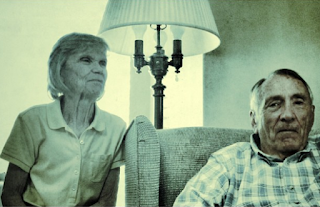 That's fourteen images. It's been wonderful. I might cry at any moment. But the people, I plan to share more updates, more frequently. So check back soon. Tomorrow, even.
Posted by Lisa B. at Monday, June 17, 2013