Today while I was driving into work with, as usual, not enough sleep under my belt, I heard a story on NPR about something that John Kerry said or did in his new role as Secretary of State. And that led, of course, to thinking about you. That used to be your job, but now you are retired from it. Or, if not retired, you are not doing that job anymore. And I wondered: what are you doing now? 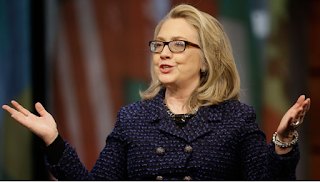 If I were you, I would be wearing the most comfortable clothes on the planet, and I would eat pancakes every morning for breakfast, unless I got tired of pancakes, in which case I might move along to waffles.

If I were you, I might organize my photographs. Or maybe I would organize, like, ten of my photographs, and then I would take a nap.

If I were you, I would catch up on an awesome television series whose heyday, perhaps, has passed, but which has some truly excellent back episodes. I'm talking about Glee, of course. O! how I wish I could magically never have seen Glee, and then my daughter could come home for Christmas and be all, "What? You haven't watched Glee? Let's watch all of it while you grade and then while you bake." And we would do that, and it would be just as amazing as it was the first time. If I were you, Hillary Clinton, that's what I'd do: watch all of Glee, from the start of it until now, or whenever it stopped being awesome.

If I were you, I would have someone line up a pile of books that would be fun to read, and then I would read them. I would lay in a stock of some delicious snacks, and I would read those books and snack. Read and snack, snack and read. It's the pastime of champions. 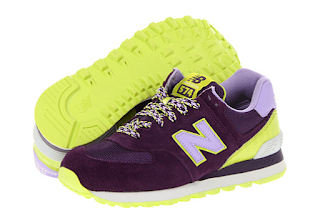 If I were you, I would invest in some super-charged kicks, like these:

They are excellent, are they not? You could use them while you were walking the dog. Or maybe when you dashed into the grocery store for more snacks. Or just whenever. I'm pretty sure these shoes would go with everything. Or maybe you could just, you know, build your outfits around them. That's what I'm going to do, fyi.

Also, if I were you, I would watch all of Nashville on ABC.com, because you can catch up on all of it, and it is so good. Not good good, just: good.

If I were you, I would buy all new bedding and make my bed super cozy and maybe never leave it. Or not for a few weeks. Only long enough to take the occasional shower and fetch snacks.

I hope that you are doing at least some of these things, H.R.C.