The thing about October is, it's different wherever you go. 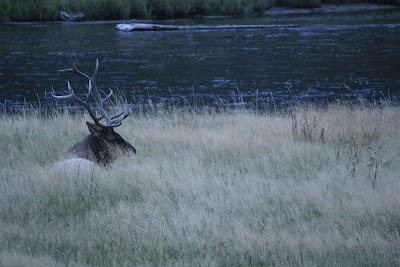 Idaho Falls, where my father was raised and my grandparents lived, is about 10 degrees cooler, generally, than Salt Lake City. And Island Park is generally 10 degrees cooler than that. In Yellowstone, the days are in the 40s. The sky is quilted with cloud. 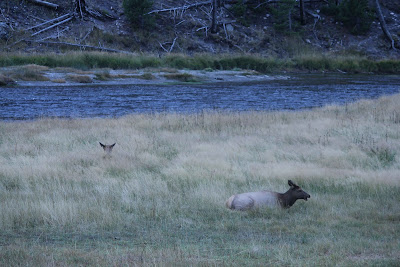 Because of this general sinking of the year, which is further along the further north you go, the roads and byways of Yellowstone are blissfully unbusy. 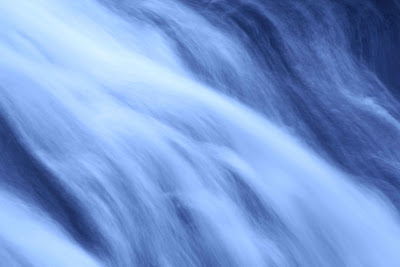 The same beautiful rivers, forest, flumes of thermal steam and geyser. The inveterate fisherpeople, who must have to catch and release, but still stand for hours, hip-deep in the Madison. But almost no one else. 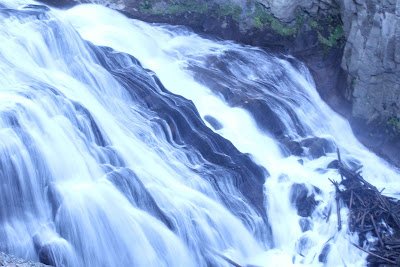 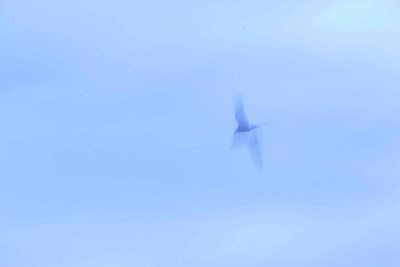 We're going a few places we haven't gone--the Porcelain Basin, with its siliceous sinter which makes everything opalescent and the pools a serene, rather chilly blue. 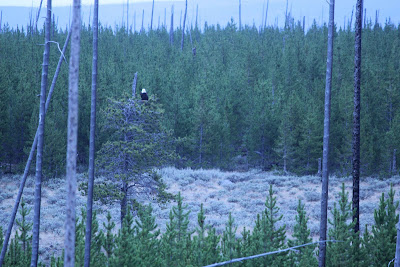 The road between Canyon and Tower is closed. There was snow earlier this week and the Dunraven Pass is just too high. Tomorrow we hope to get up early and drive to the Hayden Valley, and see what we can see.
Posted by Lisa B. at Thursday, October 13, 2011

Email ThisBlogThis!Share to TwitterShare to FacebookShare to Pinterest
Labels: autumnal