Democracy is nothing if its citizens are not involved. That's why my daughter and I decided to take a trip to our nation's capitol to investigate the mood after the election. We decided there was no better place than the Watergate Hotel from which to base our inquiry. 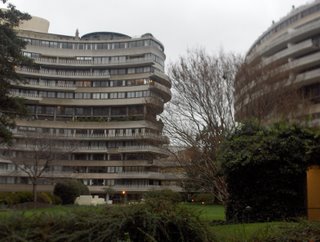 Here's an interior view. I believe that you can feel the spirit of G. Gordon Liddy in this photo: 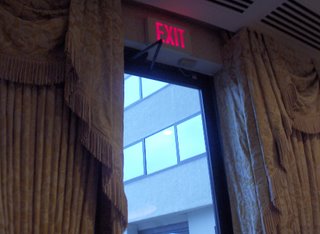 We had an excellent view of the Potomac River from our window: 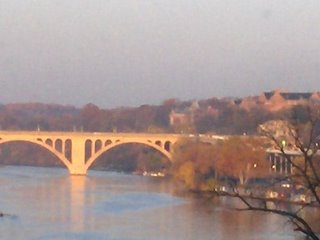 The Potomac in the morning

However, there were moments when things looked darker along the Potomac: 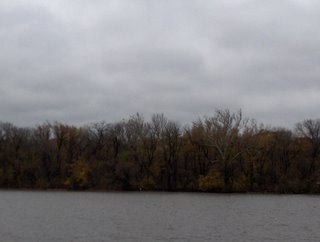 Gloomy, rainy-day Sunday (along the Potomac)

We took that to mean that there were some dark feelings about the election and its outcomes, somewhere in our Nation's Capitol. Here, we paused to contemplate Frederick Douglass's words: "Power concedes nothing without a demand." 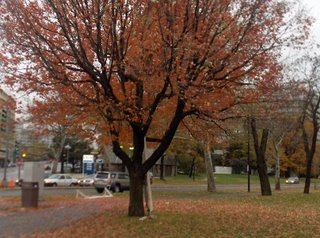 Tree with autumn leaves, falling (universal symbol of the cyclical nature of change)

On our seemingly interminable flight home, we discussed these matters, concluding that the future of democracy is always uncertain. 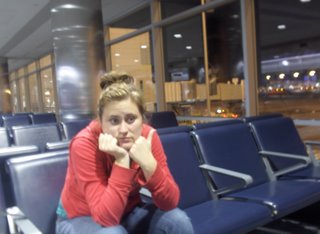 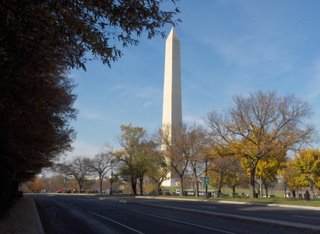 Note: we also shopped quite a bit in Georgetown and hung out various places, including with my cousin, who was good enough to pick us up in Baltimore and schlep us out there again, fine young man that he is.