The night before we left, we slept like logs. Anxious, four-hour logs. That's partly because of the grading, but also because we're packing until one a.m. Oh, and also because we had a super awesome flood in our basement. So that took a minute or a million to sort out. Oh, and also, I finished the grades for my English 2010 sections and got a note from a student within, like, minutes. So before midnight, I had already submitted a grade change request to the registrar.

Anyway. We slept those beautiful four hours like it was our job and also like they would be sufficient unto our needs. This may come as a big surprise, but four hours are not sufficient unto our needs, not by a long shot, not when we were to spend hours upon hours upon hours in planes and airports. We landed at the curb of the first of the airports at nine a.m., checked our bags all the way through to Scotland, and I settled in to grade. In the airport.

...which, of course, took me only so far. Then we got on a rather tight, squeeze-y airplane with no wireless of course. Luckily, I bought the Esquire with Leonardo Dicaprio on the cover, so that was awesome. No sleep yet, by the way, for those keeping track at home. In Chicago, we (a) ate a pizza, I (b) spoke to my mother, and (c) completed, almost, my grading. Just two stragglers. I was feeling good.

Me: I just finished my grading. High five!

The historian: ...wait, two more? Should I withdraw my high five?

Then we got on the long, long, loooong flight to London. That's a long flight, for your înformation. We waited awhile for that flight, because, like all flights in these dark times, this flight had to cope with technical glitches and not having yet been tidied up from the previous flight. And when we boarded, the flight manager overlords were very brisk and all business. People we still getting their carry-ons hoisted into the overhead bins when the captain was all, "get you seatbelts on, damn you! We've got time to make up from or technical glitches and inadequate tidying!" while the rest of us we tightening out seatbelts and trying to look ready to got, yessir!

I sat next to a man and his two-and-a-half year old child. As I'm sure you have surmised simply from the words "two-and-a-half year old child," this could have gone one of two ways: hellish disaster or medium hellish disaster. But you'll be happy to know it was neither, unless you are a secret and unknown-to-me nemesis, in which case: ha ha, secret nemesis! the kid was charming and a good sleeper, and I didn't have any biggish seat mate elbows or knees or other biggish body parts to cope with.

However, I did not sleep. And that's the truth. A long fight when you are supposed to be sleeping--they turn the lights out and give you a blanky--is no fun when you cannot sleep. There I was, stuck with my own personal attitude, and a charming two-and-a-half-year old on one side of me, the to-all-appearances-sleeping historian in the other, and my iPod doing its job, which was to console me in my hour of need. My not-sleeping hour. Hours. And hours. 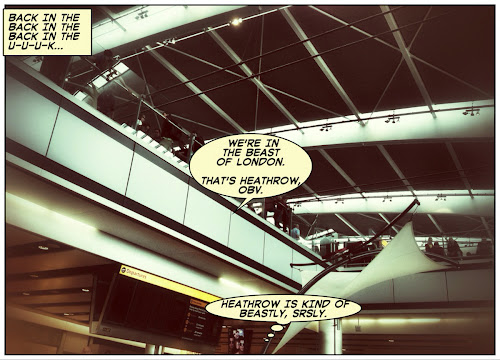 Heathrow is like the ten labors of Hercules, all in one gargantuan, baffling, labyrinthine ordeal. So I always try to allow plenty of time for going to the wrong place, twice, misreading their crazy signs, and what have you. Which, in this case, we did not need, because everything went perfectly. At this point, still no sleep to speak of, although I did have a really great salad at the Pret in concourse 5. I accomplished my final final grades. Well, minus one of the stragglers, so: almost my final grades. In Heathrow. So: international!

After staggering around a little bit and sitting a lot, got on the very last flight. Whereupon, I fell asleep for basically the entire flight, one and one half hours. It was so choice. I highly recommend it.

When we got to my daughter's house, we hung around, ate some sweets, 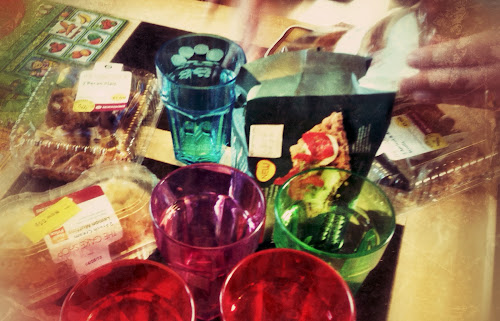 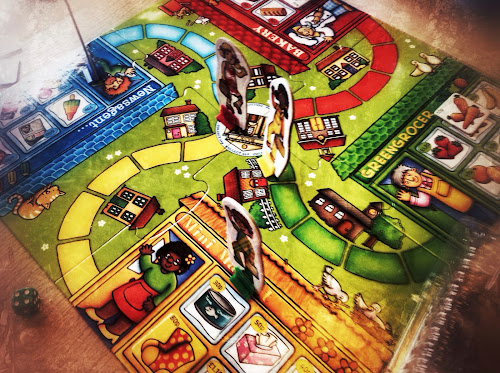 and fell into bed at ten.

"Maybe to reset the insomnia clock, you need to be awake for 30 hours straight," my daughter observed.

That, and a post-lunch nap.

Sleeping well in the U.K., thanks.