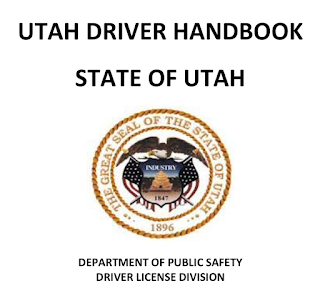 and I tell you, I felt a little panicky. I have been driving since I was seventeen, and I mostly think I know the rules of the road, and drive safely, generally, etcetera and so on and what have you. But I began to feel a sense of foreboding as I contemplated my appointment at the Driver License Castle upon the morrow, when I would be forced to confront

1. my deep recalcitrance in letting my driver's license expire for twenty days. Twenty!
2. the State's deep and abiding disapproval of same
3. my knowledge or probably my lack of knowledge! of the laws and regulations governing the privilege of driving
4. my tired and aged eyes
5. an unreadable driving skills test evaluator who would probably be wearing mirrored sunglasses and would not crack a smile

Flash back two years, when I went into the Driver License Castle to renew my license and I was two years early! Ha ha! I misread the expiration year, although in my defense, the background they print the license on makes reading the details a wee bit tricky, and a six, under certain conditions of the lights, is only one curly line away from an eight. Well, that was a fine day, I can tell you what. Reprieve! Live it up! Eat, drink and be merry, for tomorrow we die, and so on!

Flash forward to this summer, when the renewal form came in the postal mail to my house, and I laughed bitterly, because I DID NOT HAVE TIME TO TAKE CARE OF MUNDANE BIZ LIKE DRIVER LICENSE RENEWAL, I said loudly and bitterly to whoever was listening (the historian, of course), and cast it aside in a devil-may-care/despairing fashion. "I will have to take care of that after the [swear word] NEH thing, and then the arrival of the family carnival, and then our trip to Santa Fe. AFTER THAT," I said, in a hopeful/hypothetical fashion.

Well, America, I found that my birthday arrived in late August, and lo, upon that day, I said, with a start: "ACK my driver's license expires in, like, one day," as we were leaving for Idaho etcetera.

And then it was September. > EXPIRED < and also the semester and every other [swear word] thing.

So, okay, I ransacked all the stacks of papers in the whole universe, aka my house, and of course the renewal form was nowhere in sight, and nowhere to be found, and had indeed been taken into the void of papers, whence nothing returns. Or so I assume. So I made an appointment with the Driver License Robot, and gathered papers to prove I was a person and a citizen and legit on all accounts. I assumed, basically, that I would be required to prove myself from the ground up. Knowledge test, skills tests, general genuflection before the Driver License Castle Lords.

So I walked in, with all my documents clutched in my hands, and my application form, and went to the first person, who took my picture. "You have an appointment! Awesome," she said. She gave me a ticket with a number on it, and said, "So just take a seat till they call this number." Which happened immediately: I looked up, and there was the number, no time to even take a seat.

"Renewal," I said, with my documents ready to proffer.

"Look into the vision thingie," he said.

"Yippee!" I said, or something more appropriate with that same gist.

"Sign this," he said. I read it. Basically, I was promising that I was actually the person I said I was. AM I? AM I THAT PERSON? Yes, I decided. I am. I signed.

"That's $37," he said. And after I paid, he handed me a receipt, my old license with holes punched in it, and a print out of my temporary license. "Your plastic one will arrive in four to six weeks."

And thus, my interpellation by you, The State, was concluded. My interpellation was, in fact, so delicate, that I went to Target to buy some celebratory mints, and also a new purse.

p.s. on the other hand, this is apparently what you think I look like now: